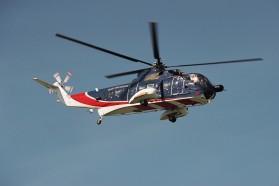 British International Helicopters (BIH) has reaffirmed its intention to discontinue its service to the Isles of Scilly, despite Tesco’s decision to drop its legal action.

It had been thought that Tesco’s announcement that it was no longer pursuing a judicial review on the sale of BIH’s Penzance base to Sainsbury’s would mean the service could be rescued.

However, another legal challenge brought about by an individual remains in place, and that is proving the sticking point.

In statement issued yesterday evening, BIH said that between August 14 and August 17, “it became clear that the remaining legal challenge would not be removed within a suitably short timeframe despite great efforts by a number of people.

And, it said, this left it with “no alternative but to pursue another course of action…this course is to cease the passenger service from 1 November 2012.”

BIH added that it has spent “considerable time and money in connection with seeking to continue to maintain the route and now has to focus on the future of the company without the route to the Isles of Scilly. BIH will continue to talk to other potential operators for the route”.