Rise, the regional organisation supporting social enterprises in the south west, is set to close.

An Extraordinary General Meeting was held with the Rise membership this week to discuss its dissolution.

In light of the forthcoming closure of the South West RDA and the end of its contract with Rise, a number of different options were considered by the Rise board of directors, resulting in resolutions that were recommended to the membership.

The dissolution of Rise was approved with the required 75% majority, together with an agreement that the Rise Board has clear authority to conduct an orderly winding-up of the company and such transfer of assets, within a timeline to be determined as they see fit.

Chairman Andrew said: “It is with great sadness that the Rise Board of Directors has been tasked with the closure of Rise, but with the demise of the South West RDA and a lack of Government support for social enterprises, there is no other alternative. 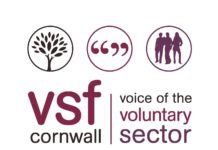 Doors to open on The Ideas Factory