An impressive garden boasting rare trees, creative planting and secret pathways has been revealed at the Alverton Hotel in Truro following an ambitious restoration project.

The sensitive revival of the 11-acre garden is the latest phase of a development programme currently taking place to invigorate the hotel both inside and out.

The garden work has been undertaken by former South West RDA head of business development, Stephen Bohane, who now runs SB Shrubs. He said: “With such distinguished credentials we’ve long known that the garden at The Alverton has been hiding something special, but it was only once I started cutting back the laurel and rhododendron ponticum which was growing wild that we realised just how special.

“Lying undiscovered was a fern leaved beech which is uncommon to this part of the world and I believe, is one of only two in Cornwall. It has been a really exciting find and an insight into The Alverton’s rich history.” 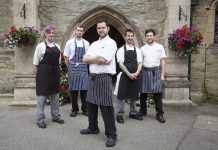 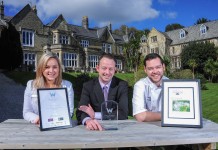