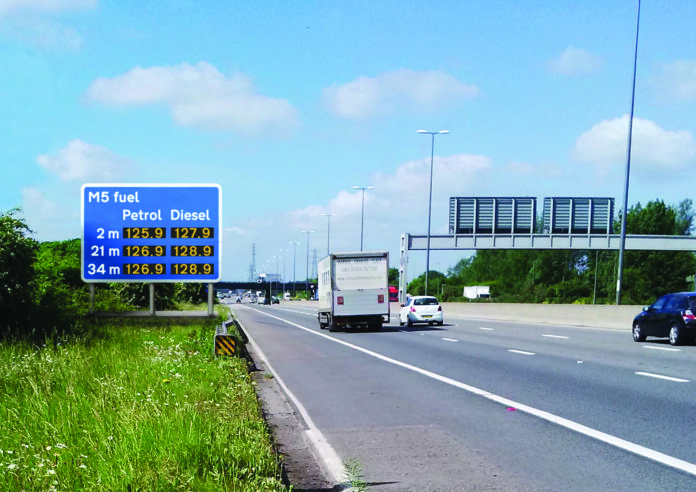 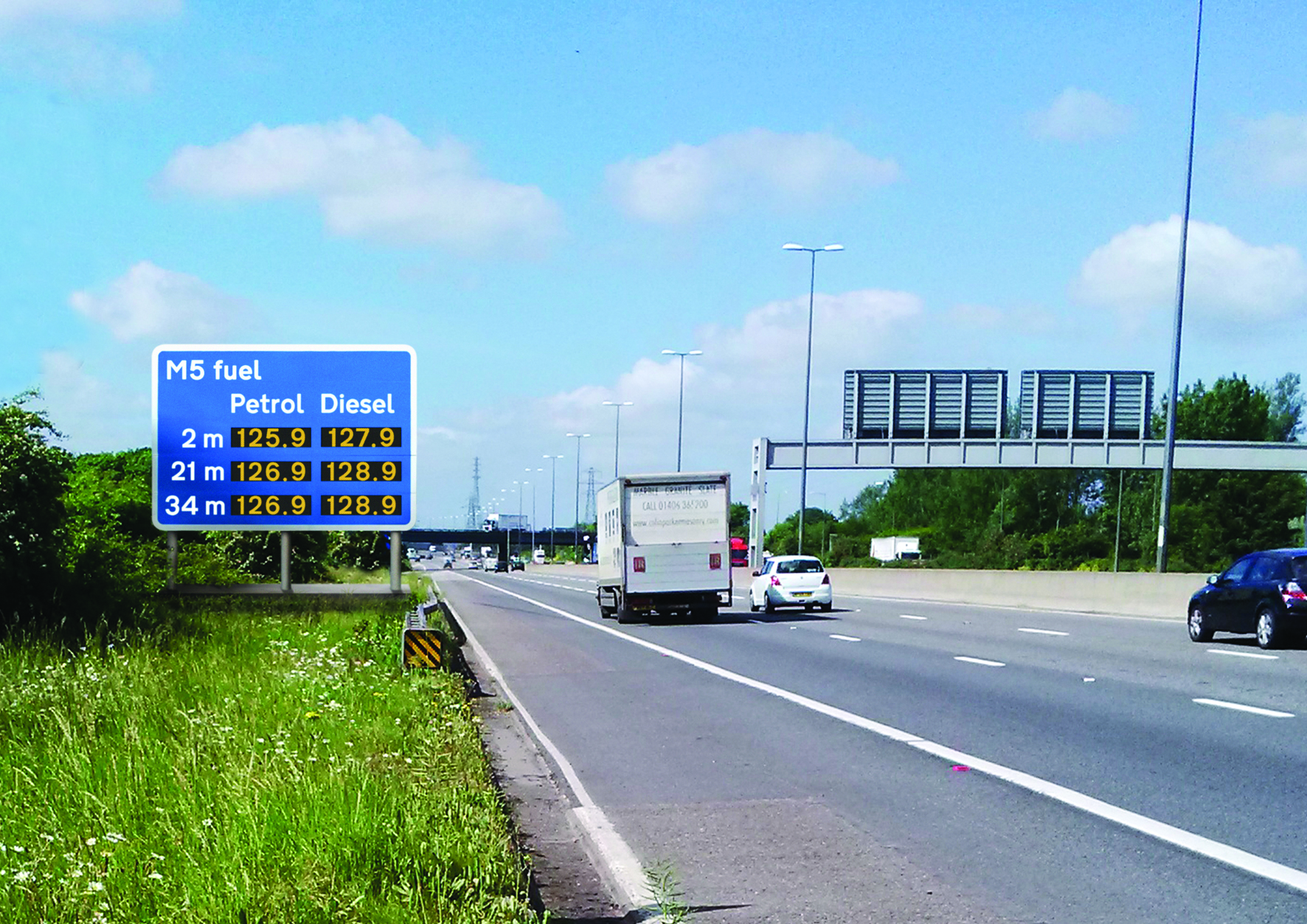 Drivers using a section of the M5 between Bristol and Exeter will soon benefit from new signs showing the price of fuel along the motorway.

The move is part of a trial by Highways England designed to give drivers more information to help their journeys and boost competition on fuel prices.

Five motorway service areas are involved in the trial which, depending on the results, could ultimately be rolled out nationally.

Roads Minister, Andrew Jones, said: “The Government is on the side of the honest motorist who have raised concerns for too long about petrol prices at motorway service stations.

“This trial will allow drivers to be much better informed about the cost of fuel and make it easier to plan their breaks around the cheapest deals.”