Cornish solar firm Solen Energy UK has said it is confident it will go from strength to strength despite the Government announcing sudden cuts to the Feed-In Tariff (FIT).

Cuts in the amount of money paid back to those feeding photovoltaic (PV) energy back into the grid were leaked then announced last week.

The Government’s proposed halving of the FIT rate has caused panic among many smaller operators.

But Solen has predicted a bright future for companies that have a strong base and service a range of sectors.

And the firm, based in Indian Queens, says the sudden cut, due to come in on December 12, has just served to make the business busier.

Debbie Webb, Solen’s southern sales manager, said: “We knew the cuts were going to come and they were needed to stabilise the industry. What we didn’t foresee was this timescale.

“We have heard reports that other operators are having orders cancelled and are laying off staff, but it has had quite the opposite effect on us.

“We have expanded our workforce recently from 16 to 20 and we are confident we will not need to make any cuts.

“In fact we are working around the clock to complete projects that we have undertaken and to supply PV equipment to customers.”

Solen supplies to domestic and commercial customers and have a specific focus on working with the farming and business to business sectors in the south west.

The firm also supplies panels to other installers in the region, a part of the business has been particularly busy since the cut was announced.

Since May, Solen has installed 400 megawatts of PV capacity, with many large projects in the pipeline to be announced next year. 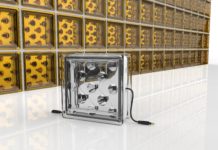