The Government has confirmed cuts to the Feed-in-Tariff (FIT) for small scale solar panel projects, but by less than anticipated.

The Government faced a barrage of criticism when it announced earlier this year proposals to cut subsidies by 87%.

It has stepped back from this severity, and will instead make cuts of 64%.

Commenting on the news, Regen SW chief executive, Merlin Hyman, said: “The Government has pulled back from the worst of its proposals to cut support for renewable energy following a strong reaction from communities and businesses.

“However, the strict caps to support for renewables are in painful contrast to the ambitions set out in Paris at the weekend.

The Paris agreements have fired the starting gun on the global race to clean energy and made the shift to a radically different decentralised energy system unstoppable.

“The UK clean energy sector is determined to play a leading role in that shift despite the UK Governments attempts to prop up fossil fuel and nuclear power.”

Summary of key points from Feed in Tariff (FIT) announcements: 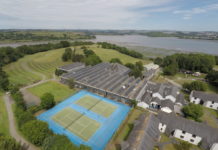