The south west’s SMEs see no evidence that the Government is fulfilling its promise to cut “red tape” affecting businesses, according to a new survey.

Exactly three-quarters of owner-managed companies believe that the amount of regulations affecting them has increased over the past year. The remainder saying they have noticed little difference either way, more than two years after then Chancellor Gordon Brown promised British business that he would light “a bonfire of red tape”.

These are among the findings of the latest Red Tape Watchdog survey, carried out by Top 50 accountancy firm Bishop Fleming, which has offices in Bristol, Exeter, Torquay, Plymouth and Truro.

Since April, employers have had to deal with a raft of new legislation, including a new Employment Act, which enforces changes to the National Minimum Wage, and new holiday entitlements being introduced for some workers under the Working Time Regulations. The next six months will see more provisions of the Companies Act coming into force, along with new paternity leave and pay regulations.

The sheer number and scale of the various employment regulations on the statute book is reflected in the Bishop Fleming survey, which highlights employment-related issues as being the biggest problem for 41% of businesses.

The survey, conducted among around 500 businesses across the south west, also reveals that almost half – 47% – of firms are spending more than £5,000 a year on complying with red tape, compared with a figure of 42% a year ago. Just 2% of firms say they devote less time on red tape compared with a year ago.

Meanwhile exactly a third of businesses say red tape accounts for more than 10% of their time, with 12% saying it takes up over a fifth of their working week. The number who say they are spending “significantly more” time on complying with regulation stands at 46%, although this is down on a year ago, when the figure was 60%.

And when asked how they found out about new regulation affecting their business, over a quarter responded that it was through their professional advisers – although an even larger number – 36% – say they have to find out the information for themselves.

Brian Payne, chief executive at Bishop Fleming, said: “Unfortunately our findings chime with those of the British Chambers of Commerce, which recently calculated that the cost of new regulations affecting UK businesses had increased by £10 billion over the past year.

“Of course many regulations serve to cut costs for companies, for example allowing small businesses to file more simple accounts at Companies House. But the fact remains that too many regulations place an unnecessary burden on small owner-managed firms, which are the lifeblood of our economy, particularly here in the south west.

“These businesses are now facing the toughest economic environment for a generation and desperately need the Government to get serious about its commitment to reducing red tape.” 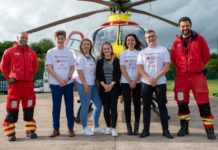 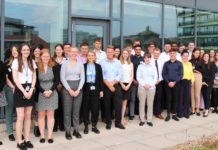 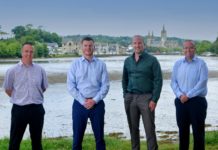