A new state-of-the-art ‘drive-in’ film and photography studio has opened for business in Redruth.

And to celebrate its launch, Figolux is holding an open day tomorrow (September 29) for all to come and see what’s on offer.

The image creation studio, Figolux, is a purpose-built drive-in studio and one of the largest in Devon and Cornwall.

Available for commissions or to hire, it also features specialist lighting equipment and cameras to cater for all professional film and photography requirements, and is one of few studios west of London to offer 360-degree photography.

Owner of Figolux – freelance sports, news and editorial photographer Andrew McLean Brown – has returned to Cornwall with the new venture after ten years in France where he captured some the world’s greatest sporting events.

He said: “We’re really excited to open the doors to what we believe is the best studio offering available in Devon and Cornwall.

“The West Country is becoming increasingly popular with television and film production companies and the region is home to many leading national lifestyle, food, drink, hospitality and leisure brands – all of which we hope to work with.”

McLean Brown is joined at Figolux by John Isaac, an experienced Cornwall-based photographer who specialises in fashion, product and editorial photography.

The Figolux open day takes place on Tuesday, September 29, from 11am-8pm at its studio on the Treleigh Industrial Estate. 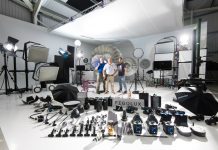 Putting online retailers in the picture 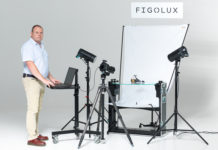 Redruth studio in the frame