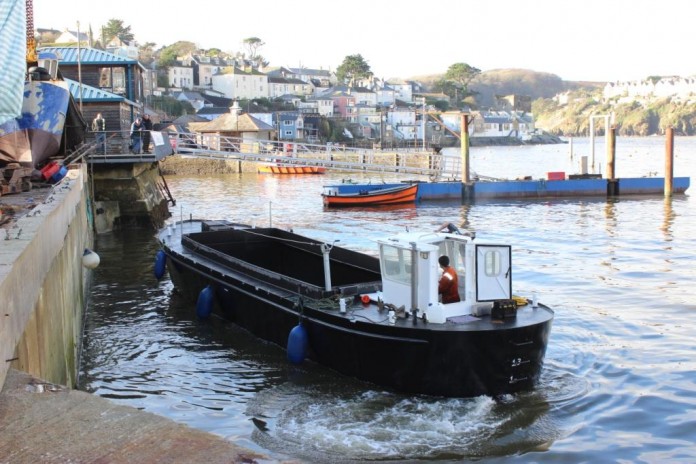 C Toms & Son boatyard in Polruan has just launched its latest new build and successfully completed her delivery all the way to Norfolk.

The boat is a wherry barge which has been built for the Norfolk Broads Authority.

She was launched in Polruan and trials were completed in Fowey harbour before she was motored to Par Docks. At Par she was lifted onto a truck for transportation to Brundell in Norfolk.

The wherry has been named ‘Cygnet’ after an old timber wherry that used to transport coal up into the port of Norwich.

She is 16.5m long and will be used to transport up to 40 tonnes of sediment dredged from the rivers of the Broads to other locations for re-use. The vessel has been designed to be stable, manoeuvrable and is small enough to navigate the narrower rivers of the Broads like the Chet and Ant.

MD, Allen Toms, said: “We are pleased to deliver this new vessel to the Broads Authority. As a Cornish company we are proud to continue our tradition of building boats for clients across the UK.”

C Toms & Son will now focus on the completion of the Thames sailing barge which it is building for Essex-based Sea-Change Sailing Trust and is due for completion at the end of April. 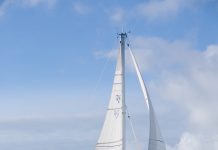 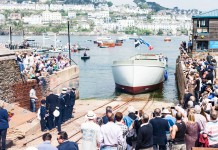