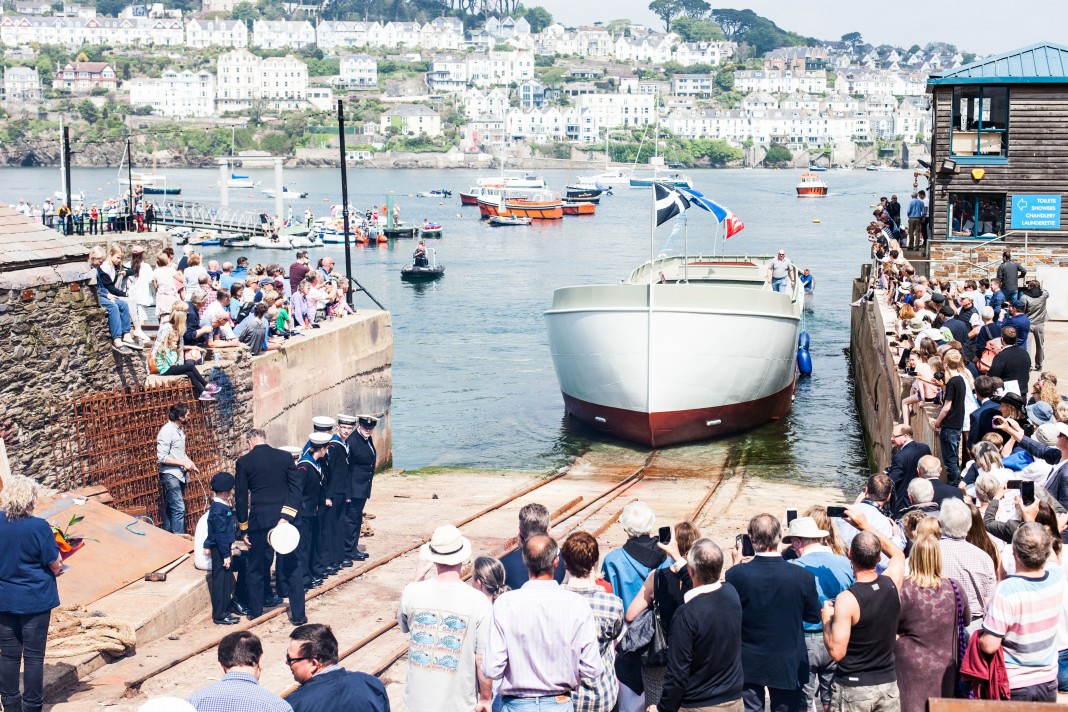 There were celebrations at C Toms & Son in Polruan last weekend (May 29) for the launch of the first Thames barge to be built since 1930.

The 90 foot barge has been built for Essex-based Sea-Change Sailing Trust, which works with young people, many from deprived communities.

After speeches by Mike Wood and Allen Toms and a blessing by Canon John Halkes, the Trust’s chairman, Hilary Halajko, named the vessel Blue Mermaid.

Blue Mermaid is a replica of a barge of the same name which was hit by a mine in World War II with the loss of her skipper and mate, Percy Bird and George Lucas. Bird and Lucas are commemorated at the Merchant Navy’s war memorial at Tower Hill and their grandchildren and great grandchildren were in Polruan for the launch.

Blue Mermaid will now be prepared to be towed up the English Channel to her new home for fitting out and rigging. She will be used by Sea-Change for their work with young people and also for carrying cargo. Her first cargo will be cases of St Austell’s Brewery’s Tribute which will be served at a reception for the barge in Maldon, Essex on July 7.

C Toms & Son’s managing director, Allen Toms, said, “We have been privileged to have had the opportunity to build this barge. It has been a great project for our team to work on.” 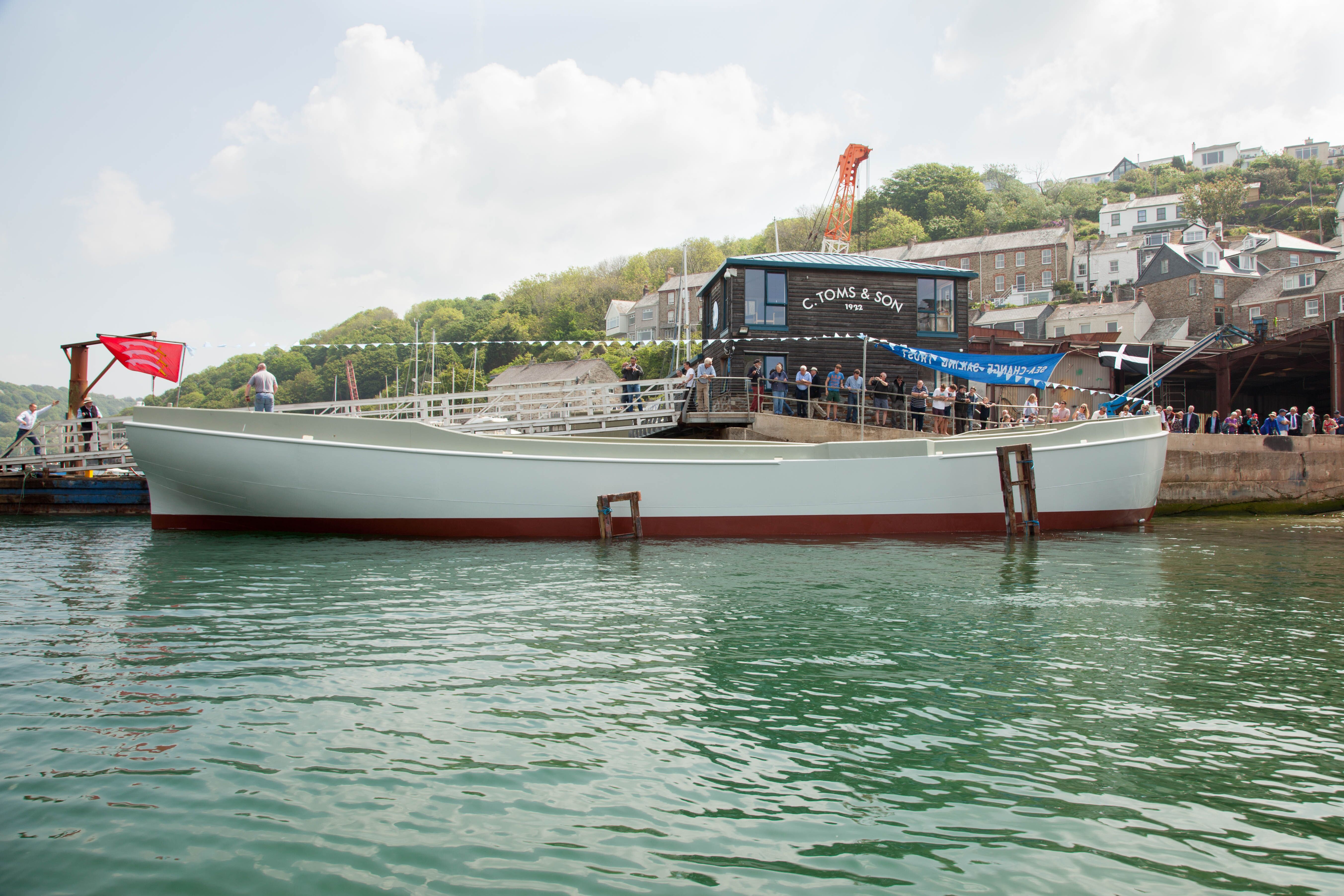