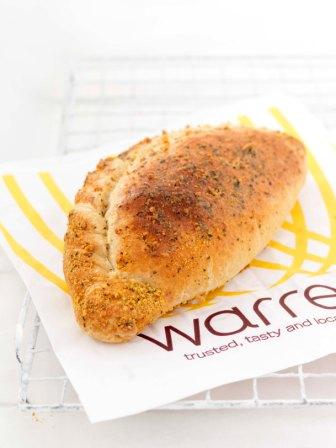 Warrens Bakery has announced the make-up of its new board of directors.

The St Just-based company has gone through some difficult times over the past couple of years, and in October asked its 31 highest paid members of staff to take a temporary pay cut.

Chairman Mark Sullivan, who was recently bought in to restructure the business from sole ownership to a limited company, said the new board will give the company a “platform for growth and future development”.

He said: “Warrens has a wonderful heritage – it is the oldest Cornish pasty company in the world. It also has a range of excellent award-winning products and highly skilled staff.

“The challenge has been to combine this heritage with the commercial structure and skills needed to compete successfully in the 21st century. We now have an improved liquidity position along with a team of highly experienced directors who will transform the business into a market leader.”

New product development director, Jonathan Warren, a fifth generation member of the family that founded Warren’s, said he was excited about the vision for the company.

“My first love has always been baking,” he said. “The new structure means that I can focus on innovation and creating more high quality products.”

Sullivan, who is also chairman of Cornish Sea Salt, added: “Warrens and its other major brand, Simply Cornish, represent an exciting opportunity to harness one of the oldest and best loved foods in the world.

“Because of their quality, our pasties and baked goods have thrived for over 150 years. Now, with an exceptionally strong board, motivated staff and our investment plans, we look forward to expansion both in the region and beyond.”