Kelly’s of Cornwall returns to our TV screens next week with a new ad spoken in Cornish.

This is the third year Kelly’s of Cornwall ice cream has brought the Cornish language into the nation’s homes with its quirky take on ‘Cornishness’.

The 30-second spot filmed in St Ives features three characters expressing their love for their favourite Kelly’s flavour in the historical Kernewek language.

The advert continues to celebrate over 100 years of Kelly’s Cornish heritage; Kelly’s ice cream is made in Bodmin using Cornish milk and Cornish cream sourced from Trewithen Dairy, and is now the country’s leading Cornish ice cream and the UK’s sixth biggest ice cream brand.

Mark Trevethan from Cornwall Council’s Cornish Language Office supported Kelly’s with Cornish translations for the new ad. He said: “Language is an effective way to articulate the culture and heritage of a region.

“Kelly’s helped spread awareness of the Cornish language with the first ever Cornish TV advert in 2016, and today it continues to raise Cornwall’s profile – advocating our ‘unique Cornishness’ to the rest of the nation.”

The TV ad campaign will get underway on May 14. 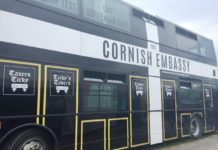 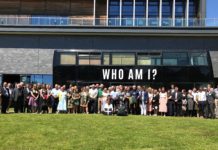