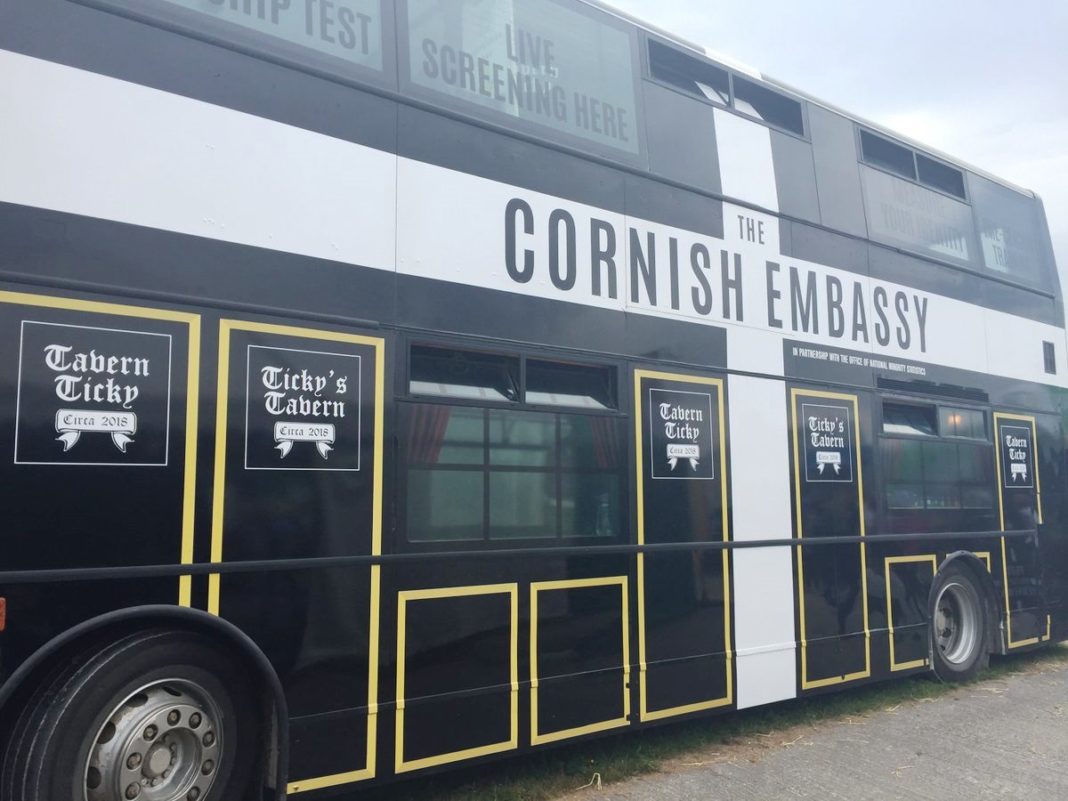 Today (April 24) marks the sixth anniversary of the Cornish being recognised as a national minority – and while Cornwall Council’s immediate focus is on responding to the coronavirus crisis, the Council and partners have expressed concern that the Census Order (England and Wales) laid before Parliament on March 2, ignores the wishes of many people in Cornwall by not including a Cornish tick box in the 2021 Census.

National minority status means that the proud history, unique culture, and distinctive language of Cornwall are fully recognised, and it affords the Cornish the same status under the Framework Convention for the Protection of National Minorities as the UK’s other Celtic people: the Scots, the Welsh and the Irish. All three are represented by an identity tick-box on the Census.

The Census Order is due to be debated in Parliament in the next few weeks when it is hoped MPs across the political spectrum and from all parts of the country will support the inclusion of a Cornish identity tick-box.

As a show of unity across the council, the Leader of Cornwall Council, Julian German, and the authority’s group leaders – Linda Taylor (Conservative), Malcolm Brown (Liberal Democrat), Carolyn Rule (Independent), Stephen Barnes (Labour) and Dick Cole (Mebyon Kernow) – have collectively sent a letter to the Minister for State for the Cabinet Office, Chloe Smith MP, and other prominent figures at Westminster requesting the Government to include a Cornish tick-box.

Cornwall Council leader Julian German said: “Today marks the sixth anniversary of the recognition of the Cornish as a national minority through the Framework Convention for the Protection of National Minorities, when the UK Government pledged that the Cornish would be afforded ‘the same status… as the UK’s other Celtic people – the Scots, the Welsh and the Irish.’

“We are working closely with Cornwall’s MPs on this matter and we have appealed to the UK Government to add a Cornish tick-box to the next census.

“This would help central government to meet its obligations through the Framework Convention and show that it is treating the Cornish in the same manner as the Scots, the Welsh and the Irish. It would also demonstrate a positive commitment to Cornwall’s national identity and culture.”

Since 2014, much has been achieved in Cornwall.

Despite these successes, there is no stable central government funding for Cornish culture and language.

Cornwall Council has had to find new ways of promoting the language, such as developing new Cornish language learning apps like Magi Ann Kernewek, supporting schools that want to teach Cornish, and working with partners, such as theatres and museums, to use more Cornish in events.

The Council says it remains committed to ensuring the Cornish can access the linguistic and cultural rights accorded by the Framework Convention.

This includes pressing the government for Cornish people to be given the right to identify themselves as Cornish in the national Census.

This includes pressing the Government for Cornish people to be given the right to identify themselves as Cornish in the national Census.