Andrew Baragwanath, owner of Ayr Holiday Park near St Ives, was elected to the position by fellow members of the association to which some 3,000 holiday and residential park businesses in Britain belong.

BH&HPA was formed more than 60 years ago and brings together park enterprises ranging from small farm-based camping sites to major park groups.

Like the majority of parks in membership, Ayr Holiday Park has been owned by the same family for successive generations.

Opened by his grandparents as a field for campers on their land in the early 1950s, Baragwanath took over the reins of the park from his parents, Duncan and Betty, 35 years ago.

Under his stewardship, Ayr Holiday Park has grown to become one of Cornwall’s leading coastal park destinations with 80 touring pitches and 50 holiday caravans and apartments to let.

In addition, five years ago Baragwanath acquired the Garrack Hotel which adjoins the park, fully refurbishing its rooms, swimming pool and restaurant.

He also helped redevelop Lusty Glaze Beach near Newquay which, in addition to a beachside bar and restaurant, hosts a raft of events from live concerts to weddings.

Baragwanath says his election as chairman of BH&HPA is coinciding with a period of significant change within the industry:

“It’s fascinating to witness how parks of all sizes are today looking to invest in their product with a view to making guest experiences even more memorable,” he said.

“Part of the spur for this has been the staycation trend of recent years which has seen many more families opting for a holiday in Britain rather than going abroad.

“The sector is also successfully attracting more younger visitors, especially those excited by the notion of glamping or hiring a motorhome for a holiday.

“Facilities such as electric car charging points, and measures to protect wildlife and the natural world, are also helping to define parks as front-liners in green tourism.” 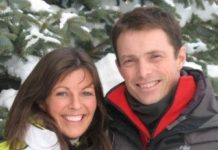