Lusty Glaze Beach is back in business after being rescued by its founders.

Newquay husband and wife team Jeremy and Tracey Griffiths originally created the facility over a decade ago, before moving to live and work in Canada.

For the past 20 months the beach was leased to Hampshire-based company Lusty Glaze Ltd, which ceased trading at the end of October.

The couple have now returned to Cornwall, however, to rebuild the beach resort company, which encompasses an activity centre, training centre, beach accommodation, restaurant and live events.

The site will be operating on a skeleton basis throughout this winter, while the team work on new plans for 2012 and beyond. During this period the training centre, which provides a wide range of first aid courses, will continue to operate.

Tracey Griffiths said they had been overwhelmed by the reception they had received upon their return.

“The response has been phenomenal,” she said. “We’ve had numerous letters, emails and phone calls from local people wishing us the best. This has helped us considerably. It has given us the courage to re-invest time, energy and resources into making the business great again.

“There is no shortage of love for Lusty Glaze Beach. We want to reward this loyalty with something unique and exclusive for local people. We’re not sure what shape this will take yet, but it will be special and exciting. Watch this space.” 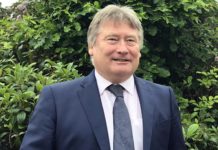 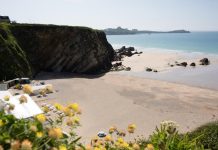