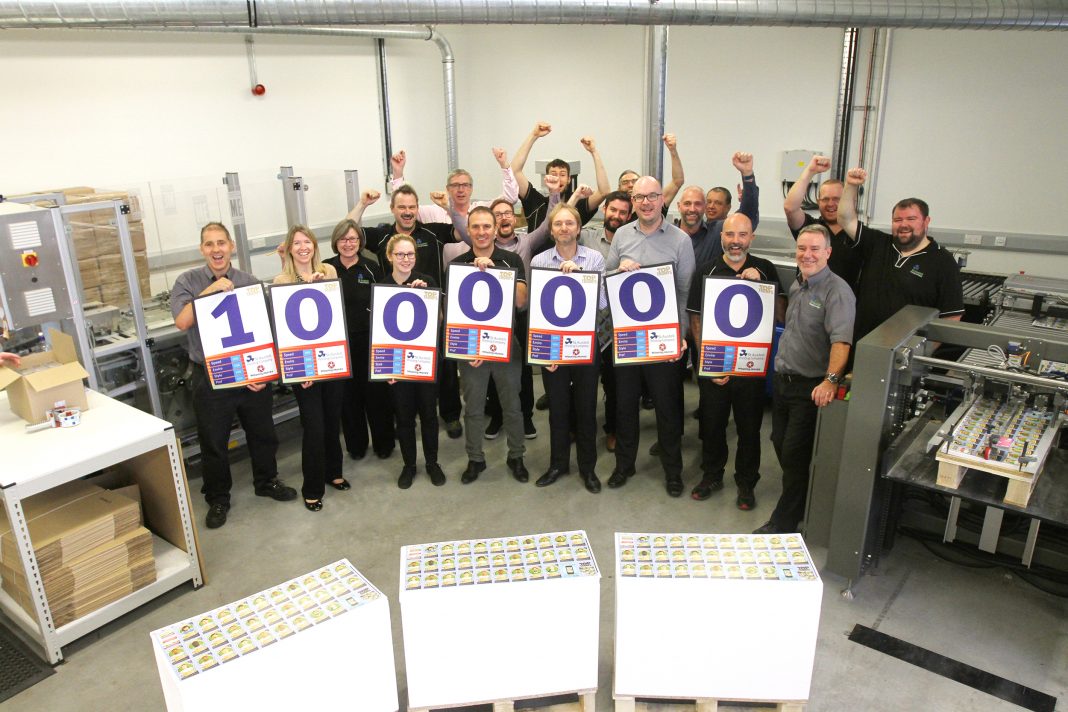 St Austell Printing Company (SAPC) has reached another major milestone – with the millionth pack of ‘Top Trumps’ rolling off its production line.

Last year SAPC was awarded the contract by Winning Moves to print the iconic card game at its purpose-built factory on the outskirts of St Austell. This led to a major £500k investment in a specialist Rollem finishing machine and the creation of additional skilled jobs.

Prior to the production moving to Cornwall, the packs had been printed in Poland, Italy and China.

“We’re very proud to celebrate the production of the millionth pack of Top Trumps to be produced here in Cornwall,” said MD Peter Moody.

“It’s a culmination of hard work and expertise of the team that’s enabled us to reach this milestone as soon as we have. We’re pleased that we’ve been able to support the local economy, create new skilled jobs and celebrate British manufacturing.”

He added: “This milestone comes at a very exciting time for SAPC as we undergo of a major investment programme, which will see the arrival of a range of new state-of-the-art equipment over the coming months.”

Versions of Top Trumps which have been produced in Cornwall so far have included packs based on the latest Star Wars film, Minions and numerous sporting teams. The millionth pack was a Manchester City FC version of the game.