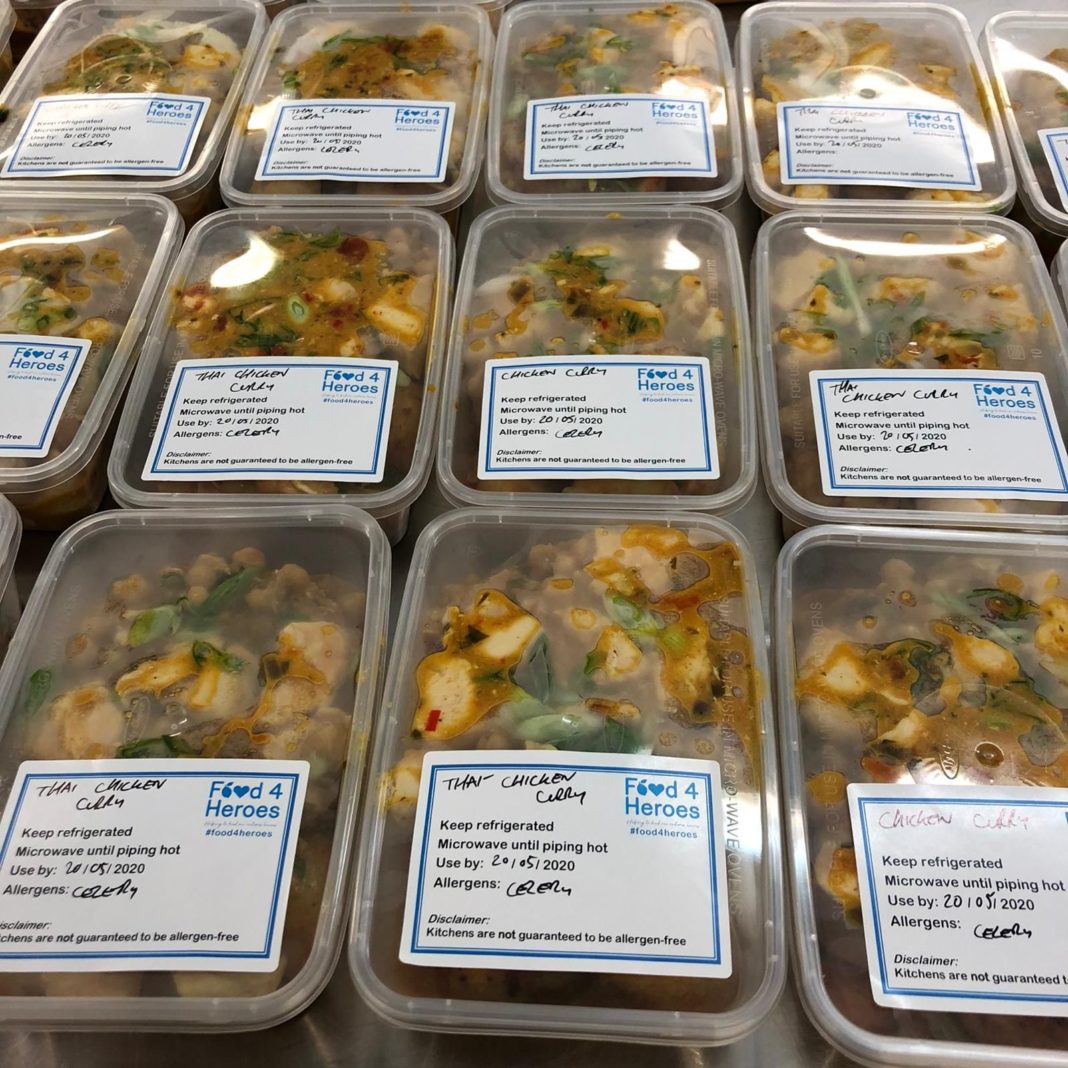 The Food4Heroes scheme, which was launched in Cornwall last month, has prepared and delivered a milestone 5,000 homecooked meals for the county’s NHS staff.

The regional figure coincides with the collective national achievement of 100,000 meals cooked for the NHS since the initiative’s initial launch in Yorkshire on March 24.

The Cornwall arm of the organisation continues to supply fresh, healthy meals for Helston, Stratton, Launceston and Newquay Community Hospitals and has expanded to also include Falmouth and Bodmin, with ambitions to support all community hospitals in Cornwall during the pandemic with the aid of public donations.

Since hitting the milestone, the effort has expanded its capabilities with two new kitchen hubs joining the effort at The Fox’s Revenge in Summercourt and Nick Hodges and the team at The Greenbank Hotel in Falmouth. The army of the county’s top chefs  has also grown to include chefs from the likes of the Watergate Bay Hotel, St Michael’s Hotel, Bango Kitchen (Penryn), Arty Williams (formerly of The Cove) and Indidog (Falmouth) – to name but a few.

The scheme has been rolled out across the county with the integral input of Kate Holborow, The High Sheriff of Cornwall, James Strachan, owner of the St Enodoc Hotel and Emma Trelawny, Food4Heroes coordinator, in partnership with the Cornwall Partnership NHS Foundation Trust.

Owen said: “It’s quite an astonishing achievement to have produced 5,000 meals for our hardworking NHS in as little as a month. I couldn’t be prouder to be a part of the effort and to be back in the kitchen doing what I love for a great cause. The fact that we’re also able to support local producers in order to make these meals is fantastic, all of which have been so supportive of the cause, so a big thanks to Philip Warrens, Total produce and a particular thanks to Paul and Richard at Fish For Thought, who’s donations have been extraordinary. We’re all looking forward to working towards the next milestone over the coming weeks.”

To continue to provide this crucial service, Food4Heroes is encouraging anyone who wants support the scheme to donate. This can be done by clicking here  texting F4HSW to 70191 to donate £10, or take part in the #StepUp4OurNHS, which sees individuals climbing the equivalent height of UK landmarks from their homes’ staircases to raise money and spread awareness (visit www.food4heroes.co.uk/stepup-4-our-nhs.)

Is ‘Truro’ the UK’s most tired city?