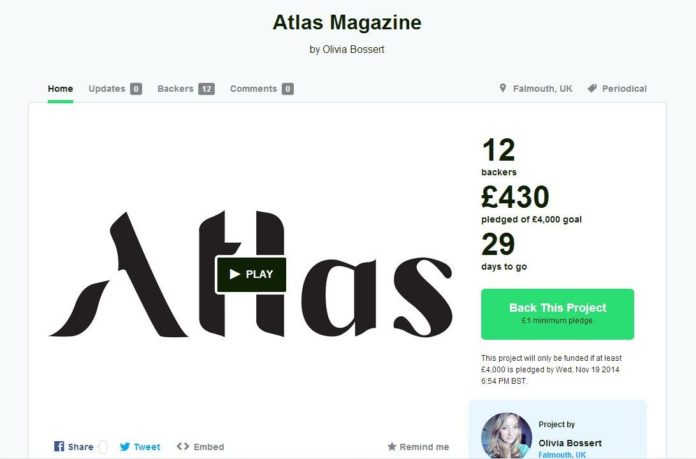 Atlas Magazine, which is run by Falmouth University fashion photography graduate Olivia Bossert, was founded two years ago and has since brought out nine online editions.

It is now looking to raise £4k to produce its debut print version – The Brisk Issue – through the Kickstarter.com platform.

The Brisk Issue will include interviews with fashion creatives from all around the world. If the magazine is successfully funded, Atlas Magazine will be available from December in both in print and digital versions.

Bossert said: “As printing magazines is very expensive, we’ve decided to turn to the internet to get the help we need to make our dream a reality.

“We feel that there is something here for everyone. We’ve teamed up with various young creatives whose work we love and who are generously offering that work for the campaign. They want to be a part of Atlas Magazine’s next step.” 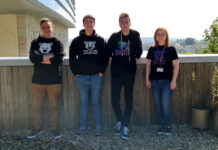