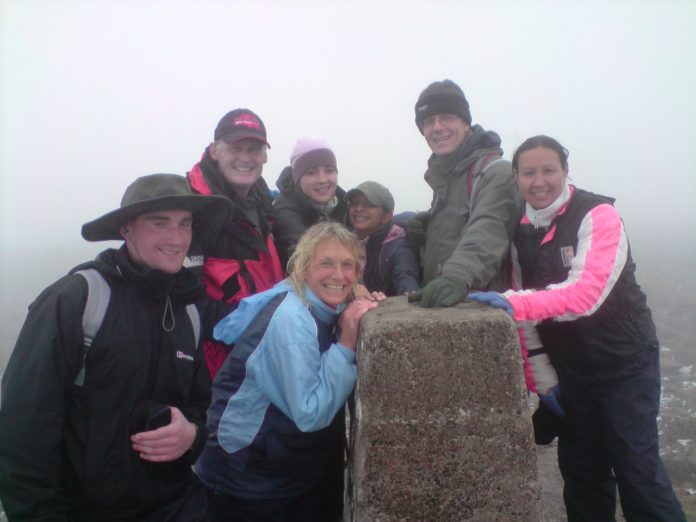 Four teams from Stephens Scown in Exeter, Truro and St Austell are celebrating their success in completing the Three Peaks Challenge in record-breaking times.

Thirty seven members of staff took part in the event to climb the highest peaks in Scotland, Wales and England – Ben Nevis, Snowdon and Scafell Pike within the space of 24 hours – some smashed this target, returning home with more than two hours to spare.

More than £10,000 was also raised for the South West legal firm’s two official charities – the NSPCC in Cornwall and the FORCE cancer charity in Exeter.

Stephens Scown enlisted the help of Adventure Café to oversee the planning, safety and arrangements during the three days.

Director and Challenge Leader, Richard McLaughlin says Stephens Scown is the fastest team they have ever had, “A big well done and full respect to the whole team from Stephens Scown who took part in the Three Peaks Challenge.

“The time of 21 hours and fifty minutes was a record and one which will undoubtedly take some time to better. As well as the fast teams, we also were truly impressed with the level of commitment and genuine hard graft from everyone involved.”

A support team including a number of drivers from the legal firm helped transport the walkers a total of around 480 miles between the mountains largely during the night.

Event team leader and Partner in the Exeter Litigation and Dispute Resolution Team, Phil Gregory commented: “It was a tremendous team effort and one of which Stephens Scown can be proud. Although it was tough going, it was also exhilarating and extremely rewarding knowing that we were taking part in this challenge for such good causes.

Phil added: “I would especially like to thank the drivers and support team, without whom none of us would have made it – not withstanding speed restricted minibuses, tiny ‘B’ roads populated with sheep during the early hours of the morning in the Lake District and several bouts of travel sickness!.”