Women entrepreneurs, executives and company owners from across Cornwall are being urged to share their achievements by entering the 34th annual Women of the Year Awards.

The award programme, one of the longest-established in Britain and the largest event of its kind to take place outside London, exists to highlight and celebrate women’s successes in business and society, promoting role models and inspiring women to reach their potential.

Every year, the event’s panel of judges selects one inspiring candidate to be named Businesswoman of the Year, choosing the eventual winner from a list nominated by individuals and companies across Britain.

This year’s ceremony will be on Friday, October 7 at the Birmingham Hilton Metropole Hotel at the NEC.

Terrye Teverson, of KCS Trade Print in Launceston, was among last year’s finalists for Businesswoman of the Year and the first finalist from Cornwall in the awards’ history. She said: “It was great to be recognised in a national competition and to be among such distinguished company. These awards are a celebration of outstanding achievement by women in business and I hope we see many more entries from our region this year.”

The Businesswoman of the Year Award welcomes entries from all industries, but is also particularly interested in hearing from women involved in the engineering sector.

The awards are sponsored by Barclays, BCU, British Airways, Bentley Motors, Freeths, IXL, Pertemps, and SCC, and will this year raise funds for both Tomorrow’s People and national disability charity Revitalise.

Anyone wishing to apply or to nominate a candidate should contact awards chair Judy Groves. 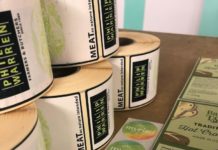 Event to focus on sales for growth 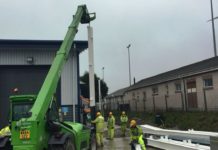