The Budock Vean has won top prize at the annual Considerate Hoteliers Association (CHA) Hotel of the Year Awards.

The awards recognise the best in environmental and Corporate Social Responsibility (CSR) performance in the UK hotel and guest-house sector.

The Mawnan Smith-based hotel was presented with the CHA’s highest accolade for being the best ‘all-rounder’ establishment to have been considered by the judges as having succeeded in a wide range of environmental and social initiatives. To mark the achievement, the hotel received an inscribed Dartington Crystal decanter at a ceremony held this week at London’s Dorchester Hotel.

Commenting on the award – renowned hospitality industry environmental and food safety consultant, Professor John Forte OBE, said: “Each year, the task of judging the Considerate Hoteliers Awards has been getting harder and harder. This year was certainly the most difficult yet. We had a record number of entries – the quality of which was highly commendable, making the judges’ task to select the winners more difficult than ever; and nowhere was this more evident than in choosing the winner of the overall ‘Considerate Hotel of the Year Award 2009/10’.

“However, because of Budock Vean’s progressive programme of sustainable environmental improvements over the past five years and the hotel’s continual search and commitment for further improvements over the coming 12 months, it was unanimously selected as the ‘Considerate Hotel of the Year’. Not only does Budock Vean provide a shining example to other hotels of what sustainable and environmental management is all about, but it also shows the rest of the business community the leading role being played by the hospitality industry in caring for our planet.” 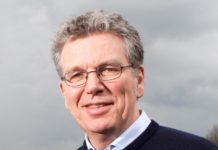 Cornish hotelier up for national award 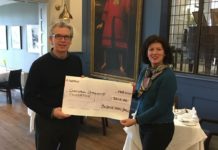 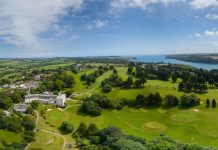 Hotel recognised as Investor in People