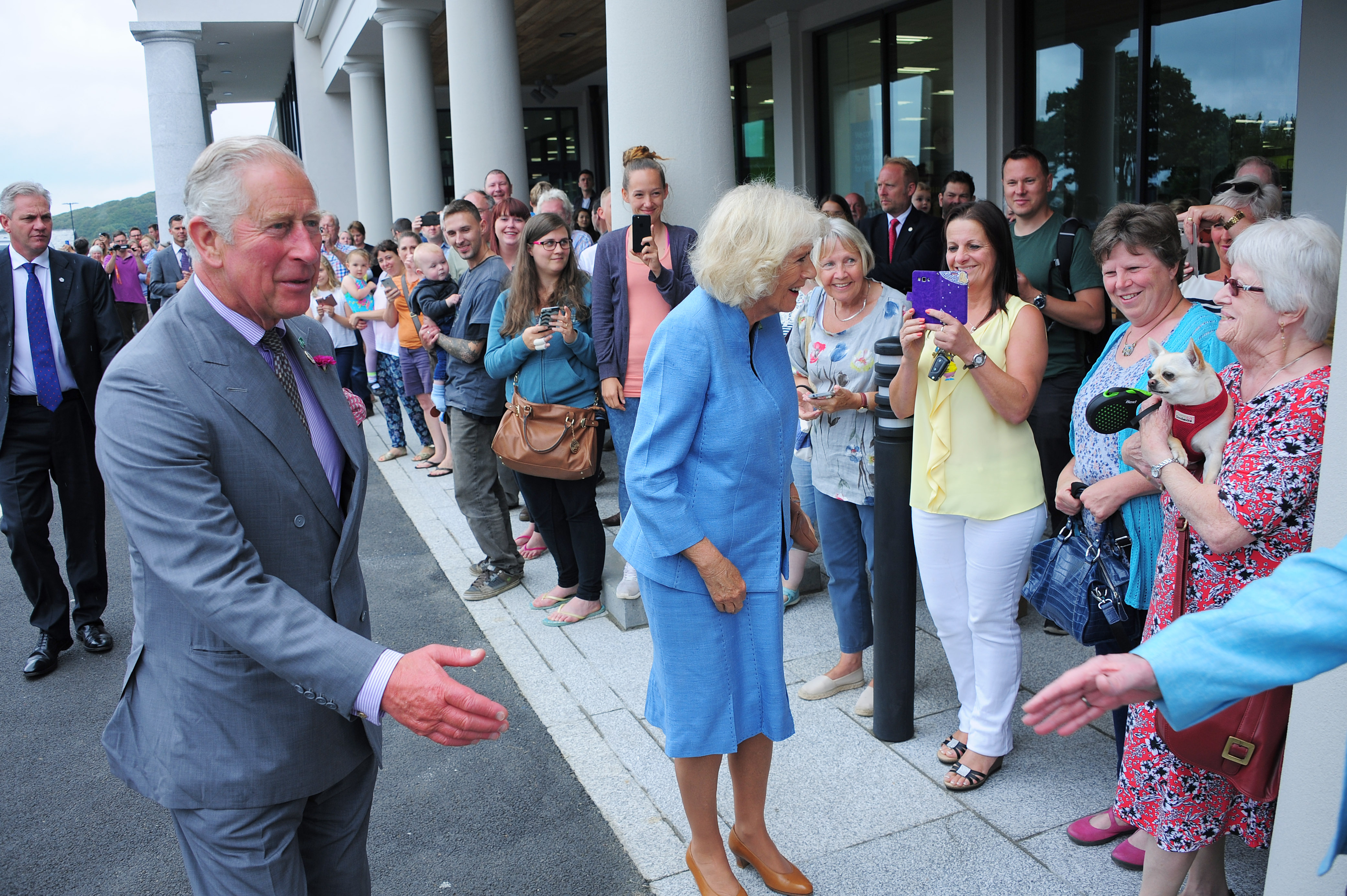 On Wednesday 19th July, Their Royal Highnesses The Prince of Wales and The Duchess of Cornwall made a special visit to the award-winning independent Great Cornish Food Store at Tregurra Park Food Centre in Truro, a unique partnership between the Duchy of Cornwall, Waitrose and Cornwall County Council.

The 5000 sq ft local food and drink showcase is based within Waitrose, a retail concept that is offering customers their supermarket shopping and all their local food and drink under one roof.  Since opening on the 16th June 2016, the Great Cornish Food Store has been awarded ‘Independent Food Retailer of the Year’ by Food Magazine and won ‘Best New Business’ at the Cornwall Business Awards.

The Royal couple were greeted by Ruth Huxley, owner and managing director of the store and founder of the industry network Cornwall Food & Drink. Huxley said:

“We were absolutely thrilled when we heard about the visit as it was the perfect moment not only to celebrate the hard work of those involved in making the store a reality, but also our pride in the excellence and innovation of Cornwall’s food and drink producers.”

They were then introduced to a number of local food and drink producers including Sean O’Neill from Good Earth Growers, Tarquin Leadbetter from Southwestern Distillery, Catherine Mead from Lynher Dairies and Juliet Cleave, a local beef farmer, amongst others.

After a tour of the store, visiting its café, deli, fish, meat and retail counters and meeting staff, The Prince and Duchess were presented with two hampers filled with local produce. Her Royal Highness the Duchess of Cornwall was also presented with a beautiful bouquet of local flowers by grower Stephanie Juleff of Meadow Blooms and two local schoolchildren from Ladock C of E Primary School presented a birthday card to mark her recent seventieth birthday.

Next, Their Royal Highnesses were introduced to Chris Reynard, Branch Manager of Waitrose and taken to see a selection of Waitrose Duchy Organic produce on display in the adjoining supermarket, including strawberries, tomatoes, chicken, beef, tea and shortbread.

Duchy Originals, founded by The Prince of Wales in 1992, celebrates its 25th anniversary this year marking when its first product, the oaten biscuit, went on sale. The brand, which is based on the principle of championing organic farming, is known today as Waitrose Duchy Organic as a result of a groundbreaking partnership in 2009 between Duchy Originals and Waitrose.

The agreement gave Waitrose the right to manufacture, distribute and sell products under the Duchy brand. Waitrose Duchy Organic is now a £200million brand and the UK’s largest own label organic brand. There are over 300 products in the range.

Waitrose Truro branch manager Chris Reynard said: “The relationship between Waitrose and the Great Cornish Food Store is unique for us and a great opportunity to showcase quality local produce.  We are delighted that one year on from opening, we have become a food lovers’ destination. Today’s Royal visit has been an honour for all our Partners and a real highlight of my 38 year career at Waitrose.” 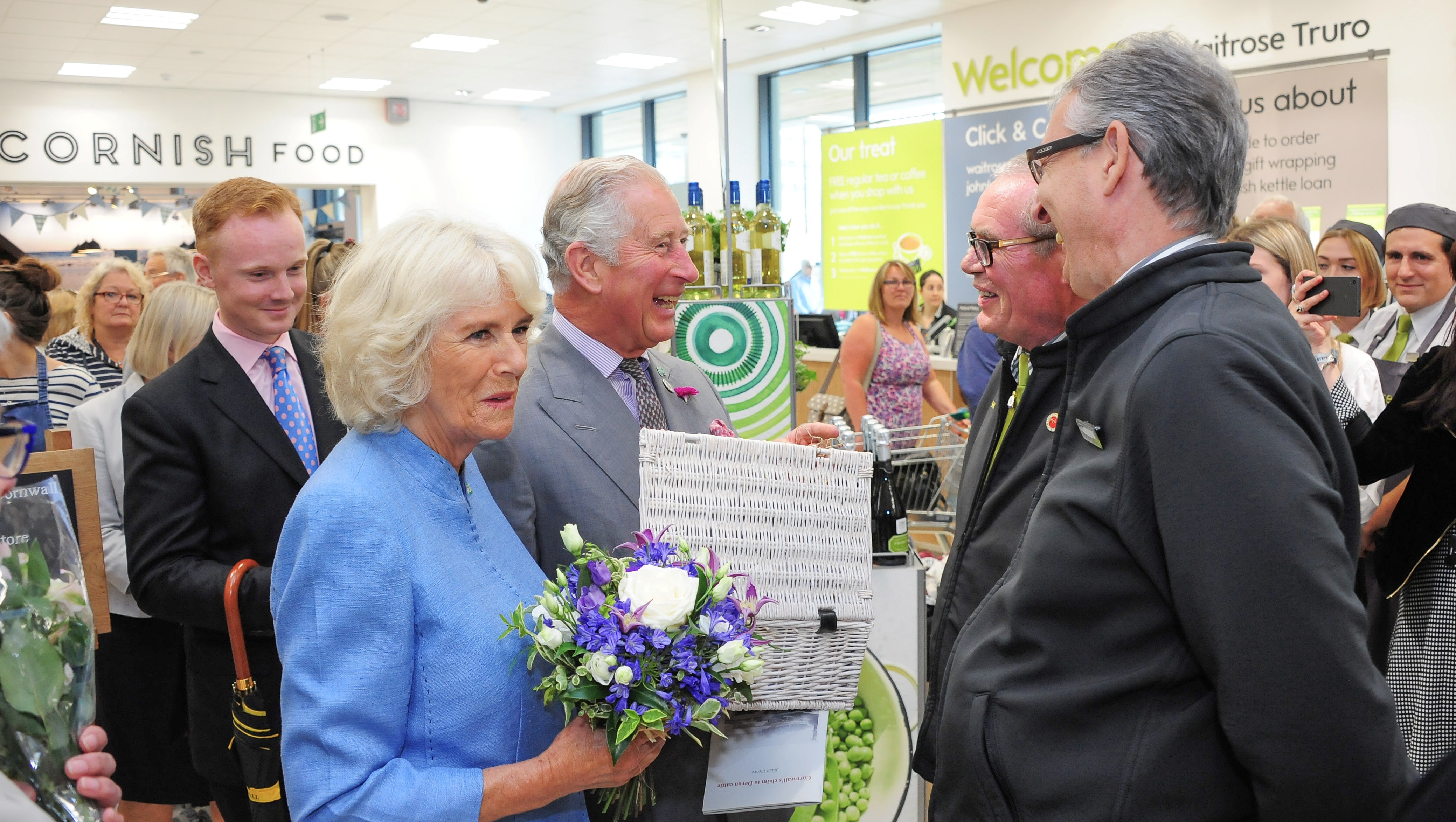