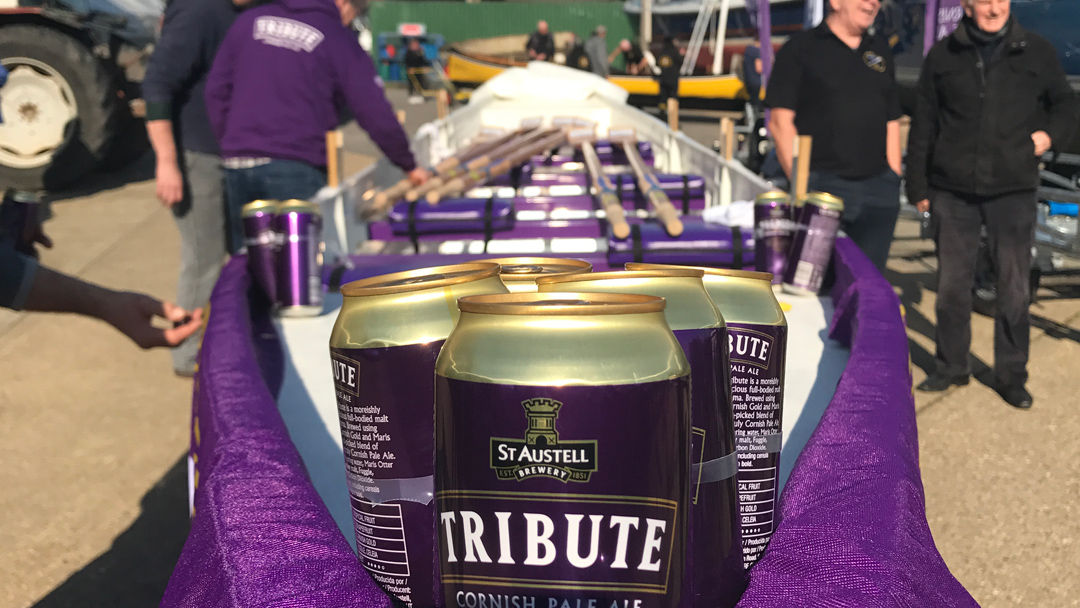 A new, long-term partnership deal between St Austell Brewery’s Tribute Ale and the Cornish Pilot Gig Association CIO (CPGA) looks set to take the South West’s fastest growing sport to a whole new level as well as open the sport to brand new audiences across the UK and beyond.

As part of the new 3-year sponsorship deal, the Brewery’s flagship ale Tribute will continue to be the main sponsor of the CPGA and its season of racing events, including the proposed new County Championships. The partnership also sees Tribute become title sponsor of Gigrower magazine and website, a fundamental part of the communication of the sport to the ever-growing number of participants and supporters.

Commenting on the new, long-term partnership, St Austell marketing and communications director Jeremy Mitchell said: “As a proud Cornish company, we are delighted to be able to help in growing what has essentially become Cornwall’s national sport. Gig rowing is something that the whole family can take part in and enjoy; it brings communities together and it generates fantastic experiences for everyone out on the water and back on land watching. It’s amazing to see how widely the sport is now being picked up and we are pleased to be involved in the continuing spread of the sport throughout the Southwest and beyond. Gig rowing is a natural partner for Tribute as it is such a sociable sport with many club events beginning or ending in the pub.”

In a major development for the sport, St Austell Brewery is sponsoring the CPGA’s new ‘Club in a box’ initiative, launched in conjunction with British Rowing and Sport England. The program is designed to get new gig rowing clubs up and running by lending them GRP training gigs (Glass Reinforced Plastic) and other essential rowing equipment. Getting these fledgling clubs out on the water is the most important step towards encouraging local rowers to get involved and generate local interest, allowing the clubs to expand and then purchase their own equipment.

At a recent launch in Christchurch, the first CPGA endorsed GRP Club in a Box gig, the Seven Stars – named after the first St Austell Brewery pub which opened its doors back in 1863 – was handed over to the CPGA chairman Shane Sullivan by builders Rossiters Yachts Ltd.

At the event, CPGA chairman Shane Sullivan said: “We’re thrilled to be able to renew our longstanding relationship with St Austell Brewery and to be taking the sport to the next level. It’s great to be able to get new clubs on the first rung of the gig rowing ladder and to see how strongly the CPGA, with the help of British Rowing and St Austell Brewery, are promoting our wonderful sport to wider audiences.”

While the Seven Stars has already started life on the Thames, helping the London Cornish Gig rowing club get up to speed, the second gig, named after the Brewery’s founding father, Walter Hicks, is set to be launched this weekend on to the Tamar to help the Torpoint Mosquito Sailing club gig rowers to expand.