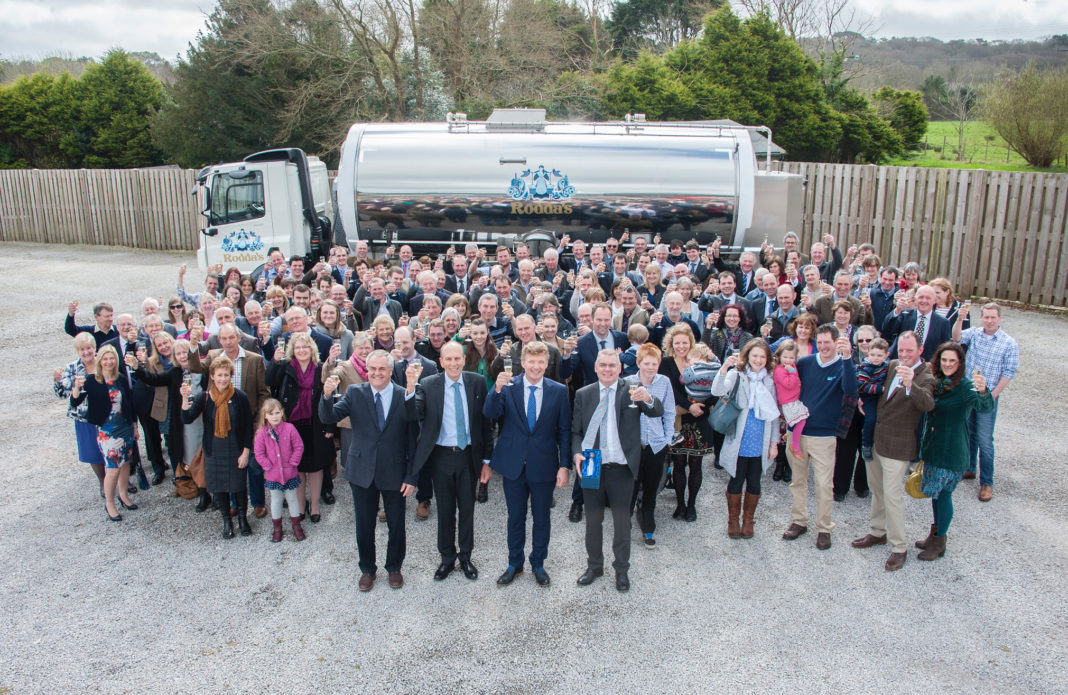 On April 1st, the leading producer of Cornish Clotted Cream and the county’s second largest processor of milk, received its first direct milk supply from a local farm. Over one year ago, Rodda’s announced its commitment to strengthening links with the farming community in West Cornwall, by introducing direct milk contracts to those within a 30-mile radius.

The Jenkin family, who farm on the Lizard, are one of 44 farming families that have signed up to Rodda’s new milk scheme. Christina Savage, daughter of Roger and Dorothy Jenkin, began working at the family farm when she was 18 years old.

Savage adds: “From the cream teas we serve guests at our farmhouse, to my mum’s famous Christmas cake recipe made with Rodda’s farmhouse butter, produce from the creamery has always played a big part in our family life. At Treworgie Farm we feel very proud to showcase proper Cornish hospitality using local ingredients, made with our very own milk.”

As part of the new scheme, Rodda’s will receive 53 million litres of local milk each year, and reward farmers for high butterfat and hygiene levels –  ensuring mutual long-term security.