Over 120,000 people visited this year’s Royal Cornwall Show to enjoy everything that was on offer at the largest event on the Cornish calendar, back for the first time in 3 years. The official number is 120,671, the highest in 7 years.

Revealing the total, Show Secretary Chris Riddle, ARAgS, said the event had been a resounding success over the three days:

“After 3 years away it really was a step into the unknown in terms of crowd levels, but with only half a day of wet weather, the sun shone for both Friday and Saturday, and people returned in force. It was great to see everyone back at the Show, with so many people enjoying all that was on offer.

“The Royal Cornwall Show returned, and as usual, showcased Cornish heritage and agriculture, with an atmosphere that shone through”

One of the highlights of the event was the visit by Their Royal Highnesses The Duke and Duchess of Cornwall on the second day.

“We were extremely honoured to receive a visit from Their Royal Highnesses, especially in what has been a remarkable couple of weeks including the Platinum Jubilee and His Royal Highness celebrating 70 years as the Duke of Cornwall” Riddle added.

The Royal visit included a presentation of a large harvest jug, commissioned by the RCAA to commemorate HRH’s milestone, depicting local agriculture and animals. The piece was created by local potter Adrian Brough from Lelant, and the Duke was visibly pleased with his gift.

On Friday, the Prime Minister Boris Johnston also visited the Show to speak with local farmers and people as well as taking a tour around the Showground. 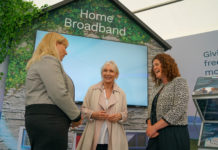 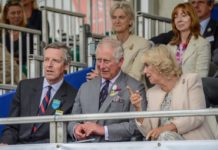