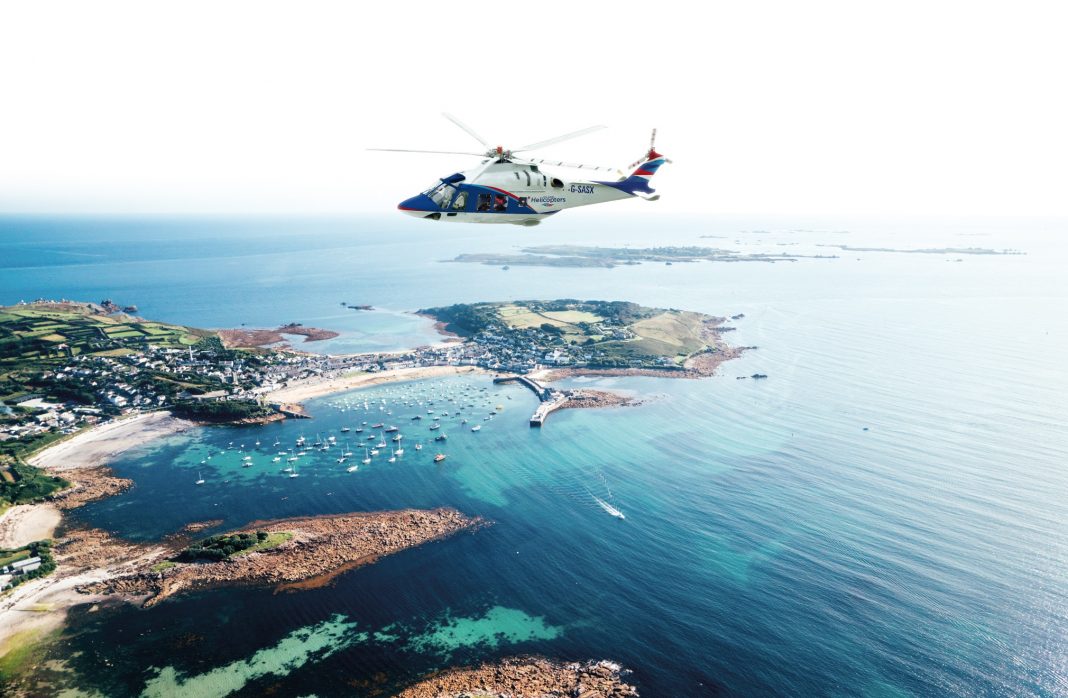 Island Helicopters will offer a year-round service flying to Scilly up to eight times a day, six days a week. Fares start from £215 return and flights from Land’s End Airport to the Isles of Scilly will take approximately 20 minutes.

The Steamship Group announced its new helicopter service in February, and has already seen more than 4,500 people register an interest in using Island Helicopters to travel to and from the islands.

The Island Helicopters service will be operated by Gloucester-based Specialist Aviation Services (SAS) in partnership with the Isles of Scilly Steamship Group, using a new 10-seater AW169 aircraft.

To accompany the launch of Island Helicopters, there will be a new park and ride service to chauffeur passengers from Penzance train station or from their accommodation to and from Land’s End Airport in just 15 minutes. Alternatively, passengers are able to park at the airport.

The Isles of Scilly helicopter service will complement the Steamship Group’s existing Skybus fixed wing flights from Land’s End, Newquay and Exeter Airports, and the seasonal Scillonian III ferry, which has just resumed sailing after its winter break. Together, Skybus and the Scillonian carried 214,000 passengers to the islands last year.

Sharon Sandercock, marketing manager at the Isles of Scilly Steamship Group, said: “We’re excited that tickets for the Island Helicopters service are now on sale, and that we can offer both visitors and islanders more choice about how they travel to the Isles of Scilly.

“We saw a huge number of people register their interest in using the service since announcing it in February, and there has been demand from thousands of people who have missed the helicopter since it stopped in 2012. Now with our partnership with SAS, we are proud to offer the service they have been waiting for.”