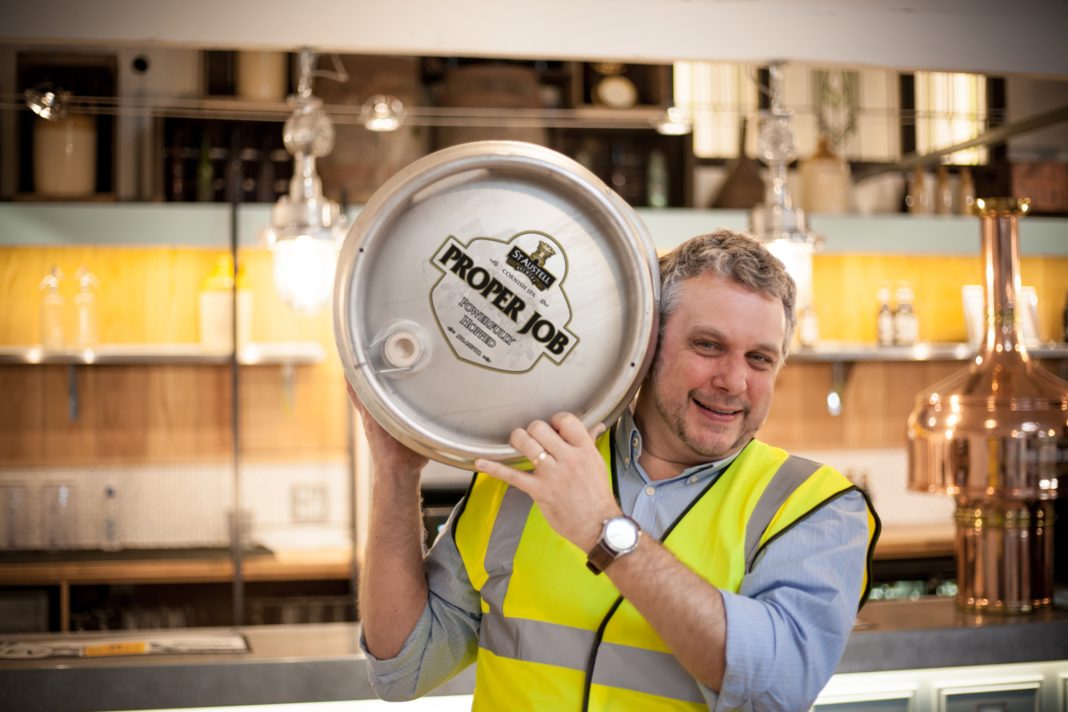 As the British Beer and Pub Association (BBPA) launches it’s annual pre-budget campaign to reduce the level of duty on British beer, St Austell Brewery has sought the assistance of local MP Steve Double in the call for a cut in beer tax.

The move is part of a nationwide campaign led by the BBPA, the Campaign for Real Ale (CAMRA) and the Society of Independent Brewers (SIBA), for a further cut in beer duty following three, historic one penny cuts and last year’s freeze in the  last four budgets.

Commenting on the campaign, the St Austell and Newquay MP said: “I wholeheartedly support calls for the Government to do a ‘Proper Job’ and drop duty on British beer ahead of this year’s Budget.

“I was recently privileged to spend the day as a brewer at St Austell Brewery and have seen first-hand its importance as an employer here in mid-Cornwall.

On a wider level, as vice chair of the All Party Parliamentary Beer Group, the importance of the brewing industry both to those it employs direct and to its wider supply chain cannot be under-estimated.”

Beer duty is now 17% lower than it would have been under tax rises previously planned through the Government’s beer duty escalator (2008-2013) which increased beer tax by a staggering 42% and led to the closure of over 7,000 pubs and a loss of 58,000 jobs.

However, despite the recent cuts, UK beer taxes still remain among the highest in Europe.

There are now over 1,400 breweries in the UK and beer and pubs are said to contribute £22 billion to UK GDP and generate nearly £10 billion in tax revenue.

St Austell Brewery CEO James Staughton said: “We’re delighted that Steve is helping us with the campaign for a duty cut. Beer and pubs are vital to our local economy and jobs, especially for young people, and beer taxes are still far too high, so it is fantastic to have his voice on board and we hope it will help to steer things in the right direction.”