Latest figures from HM Revenue & Customs yesterday show that the value of exports from the south west increased by 7.5%, to £13.67 billion, in the year to December 2013.

According to the latest quarterly figures, exports from the south west account for 4.6% of the UK’s total exports and show a 2.9% increase in the last quarter (June to Sept 2013). The number of exporters from the region also grew year-on-year.

Machinery and transport equipment, manufacturing good and chemicals continue to be the most exported commodities from the region, and the south west remains one of only two regions with ‘Food and Live’ commodities in their top five export goods.

The European Union remains south west’s biggest export market representing 58.6% of all exports from the region. The figures show that the value of exports to Asian and Oceania remained steady at £1.8 billion over the past year, whilst the value of exports to the Middle East & North Africa increased by £237 million. There has also been a year-on-year increase in exports to Sub-Saharan Africa.

UKTI regional director, Russell Jones, urged the region’s businesses, both large and small, to renew their efforts and take advantage of the support available via UKTI’s services.

He said: “This rise in the value of exports from the region is very welcome and encouraging, I am certain there are still many companies in the south west that could take their UK success and replicate it overseas.

Opportunity to meet the exporter 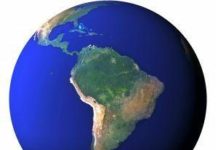