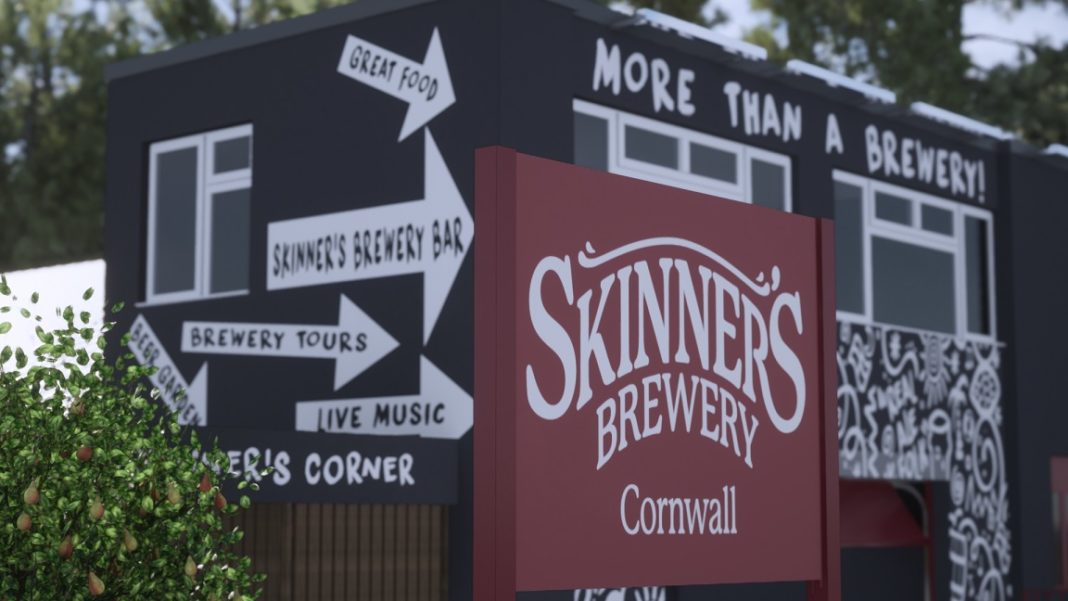 Skinner’s Brewery has pledged that it will “give back to the community which has supported us so emphatically,” after the launch of its Crowdfunding Campaign met with an overwhelming response.

At the beginning of the month, Skinner’s embarked on the campaign to raise a ‘survival pot’ of £100k to help it remain operational until the pubs fully reopen in May; the target was reached in just four days as the community rallied around, refusing to contemplate the loss of one of Cornwall’s best-loved brands.

The independent Cornish brewery is owned by husband-and-wife team Steve and Elaine Skinner.

Steve Skinner commented: “The public supported and shared our campaign with a generosity beyond our wildest dreams. We were amazed and humbled by the response and want to thank everyone who came to our aid.”

The brewery is now well on the way to its next target of £150k and has pledged to use the extra cash raised to create a buzzing new social space for Truro.

Elaine Skinner, who has been the driving force behind post-pandemic recovery, said: “Given the incredible levels of support we received early on, we were nudged to think bigger. So, we quickly decided to use the extra funds to kick-start a project we’ve been dreaming of for a while, which also allows us to give something exciting back to our local community.”

She continued: “We have brought forward our plans to create an outdoor drinking and eating space by the waterside here in Newham, where locals and visitors to the brewery can come and relax, meet, socialise and party on a regular basis. It will be a game-changer for the brewery, and for Truro.”

Alongside the reopening of The Old Ale House, the brewery’s popular pub on Quay Street, this new project promises to breath life back into the city after the pandemic and, if enough is raised, it could be up and running soon.

Elaine elaborated: “There will be pop-up food outlets, our freshest brews on tap, and regular live music events – all within striking distance of the city centre. We want to create jobs and opportunities for others, including Cornwall’s amazing food businesses and the music performers who have struggled throughout the pandemic.”

Märraum, a Penryn-based architects firm, has created an architectural visualisation of the new Skinner’s Brewery Bar, which will have a “casual, working-brewery feel, with repurposed beer barrels, wooden benches and shipping containers serving street food, softened by lots of green planting (fruit trees and hops of course!) festoon lighting and timber cladding”.

The Crowdfunding Campaign runs until March 29.