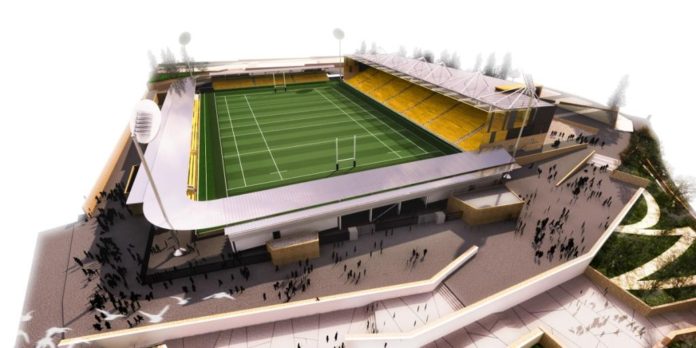 Supermarket giant Morrisons has lambasted a Cornwall Council report for making “unfounded and incorrect” claims about the company’s intentions for a new store in Truro.

Morrisons bosses said they were “concerned that those involved in the food store planning process at Truro are being misinformed” ahead of a crunch planning meeting this week.

On Thursday (March 12) Cornwall councillors will consider four rival supermarket schemes to the west of the city, one of which – West Langarth – would guarantee delivery of the Stadium for Cornwall by bankrolling its construction.

A report written by consultants for the Council had claimed that because one of the supermarket schemes has an agreement in place with Asda (should it receive planning permission), this meant “Morrisons will not sign up to a store in the same area.”

It was partly on this basis that councillors have been recommended to refuse the West Langarth application, which would kill off long-held ambitions for a Stadium for Cornwall.

But in a strongly worded email to planners which has been published on the Cornwall Council website, Morrisons’ development executive, Richard Haynes, said: “These statements and opinions do not speak for Morrisons, they are unfounded and incorrect and Morrisons has not been approached by the council’s consultants to establish our position.”

He added: “We continue to invest in new stores and our position remains, as previously stated, that we are fully aware of the multiple food store applications in Truro and continue to await with interest the final outcome at the forthcoming planning committee.”

Haynes has requested that a copy of his email be forwarded to the planning committee “so that it can make its decisions with an accurate understanding of Morrisons’ position rather than the present supposition and speculation”.

Rob Saltmarsh, managing director of Inox Group, which is working with Truro & Penwith College, the Cornish Pirates and Henry Boot Developments to deliver the Stadium for Cornwall, said: “We have been talking to Morrisons for some time about their aspirations in Truro and we are pleased that they have set the record straight.

“Councillors had been led to believe that the existence of an agreement between Asda and a developer on another site meant there would be no interest from any other food retailer in any other site in this area, and that it was unlikely therefore that we would be able to land a supermarket operator to fund the Stadium for Cornwall.

“The email from Morrisons has shown that view to be plainly wrong and it severely undermines one of the key arguments used by officers to recommend our application for refusal.” 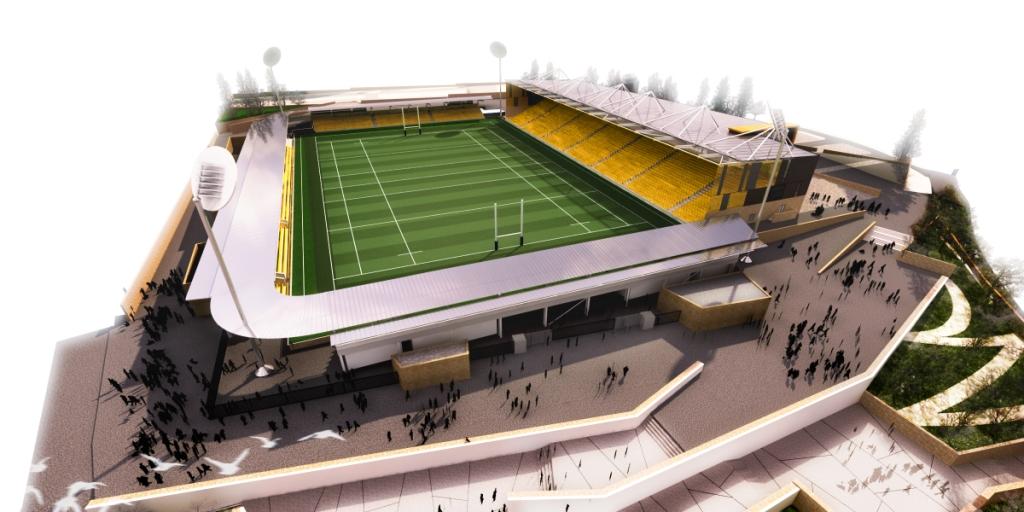 The revelations from Morrisons came as Truro Chamber of Commerce threw its weight behind the West Langarth planning application, urging councillors to reject the other schemes.

In an email to planning officers published on Cornwall Council’s website last Friday (March 6), chamber chairman Giles Horne said the chamber accepted there was demand for one more supermarket to the west of Truro and that wherever it was located it would have some negative impact on the city centre.

But the Chamber recognised that West Langarth was the only proposal that would offset this negative impact because of the millions of pounds of benefits the Stadium is expected to bring to Truro every year.

Horne said: “The West Langarth scheme, which includes the delivery of the Stadium for Cornwall, is the only scheme which offsets the negative impact by offering to return some economic benefit to the city centre and business community, not to mention the educational and community benefits.”

He added: “We understand that officers have recommended two schemes for approval, whilst refusing plans for the West Langarth application. We strongly disagree with these recommendations. The approval of the two schemes would double the negative retail impact, whilst offering no benefit to the city and therefore should be refused.

“In conclusion, The Truro Chamber of Commerce feel that this is a one off opportunity to stimulate sport, education and commerce, not just in Truro but in the county as a whole and therefore the West Langarth application should be approved and all of the other applications refused.”

Meanwhile, a petition of support for the West Langarth scheme which is being managed by the Stadium for Cornwall Group has swelled by more than 500 in the last week to 4,726 signatures and will be formally presented to the Council on Thursday.

The Stadium for Cornwall would be a multi-use facility catering for a variety of sport, community, business and leisure uses.

It would be a permanent base for Truro & Penwith College’s business centre, elite sport and hospitality and catering teaching facilities. This would include a training kitchen and restaurant, open to the public. The college will invest £2 million in the stadium.

The stadium would be owned by a Community Trust to ensure it was properly maintained and would be available for community use a minimum of 60 days per year. A detailed business plan has shown that it would be profitable from year one.

Cornwall Council has estimated that the annual economic benefit of the stadium to the local economy would be around £3 million, with at least £800k per year being spent in the city centre by fans. This estimate is based on conservative attendance figures.

And the West Langarth mixed-use development that would fund the Stadium’s construction is projected to create around 290 permanent jobs, injecting £4.3 million annually into the local economy.