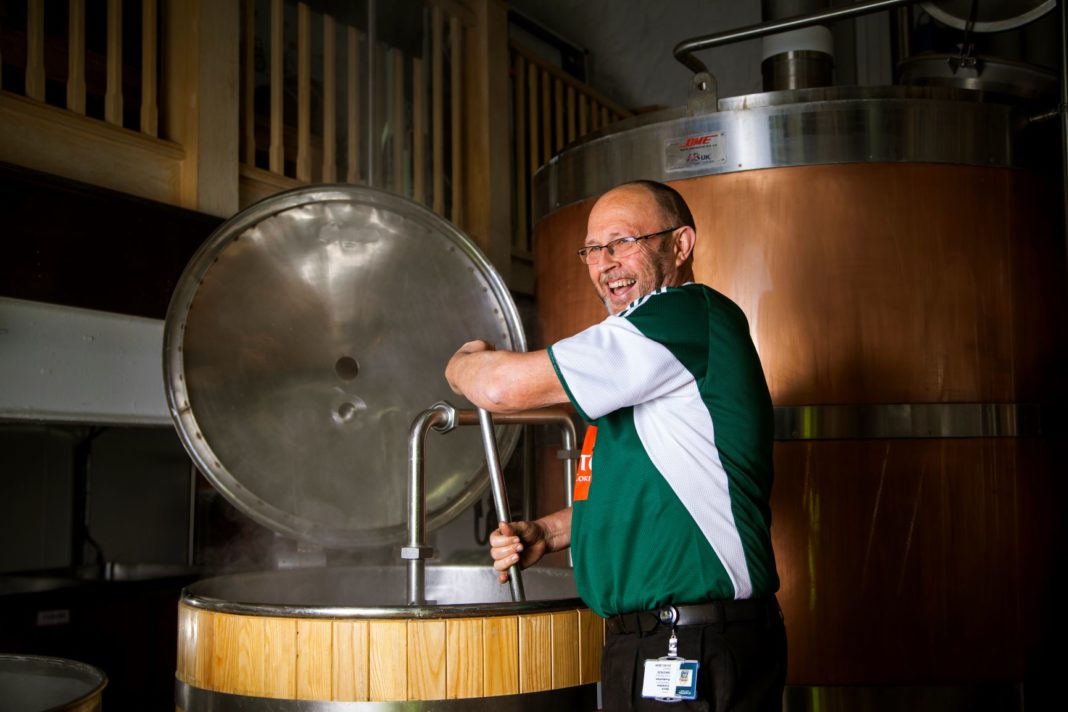 Since starting at the brewery in 1976, aged 16, Cornelius – who turns 60 this week – has played a key part in the company’s growth and success.

Over the years, he’s worked under three different chief executives, three head brewers and witnessed the creation and ongoing success of St Austell’s three most famous beers: Tribute, Proper Job and Korev. Since Cornelius first joined the company, production has increased from three brews per week, to 20 during full operation in the summer months.

Brewing director Roger Ryman said: “I’d like to say an enormous thanks to Barry, for 43 years of dedicated service and hard work. He’s shown great loyalty and commitment over the years – both to the company and his colleagues, who I know have a huge amount of respect for him.

“Barry will always be a part of the St Austell family and we look forward to celebrating this milestone with him properly, as soon as we’re able to. It’s been a pleasure to work alongside him for the past 21 years.”

Cornelius added: “It’s been an unforgettable 43 years at St Austell Brewery, and I’ve been privileged to build so many lifelong friendships in that time – which will continue into my retirement.”