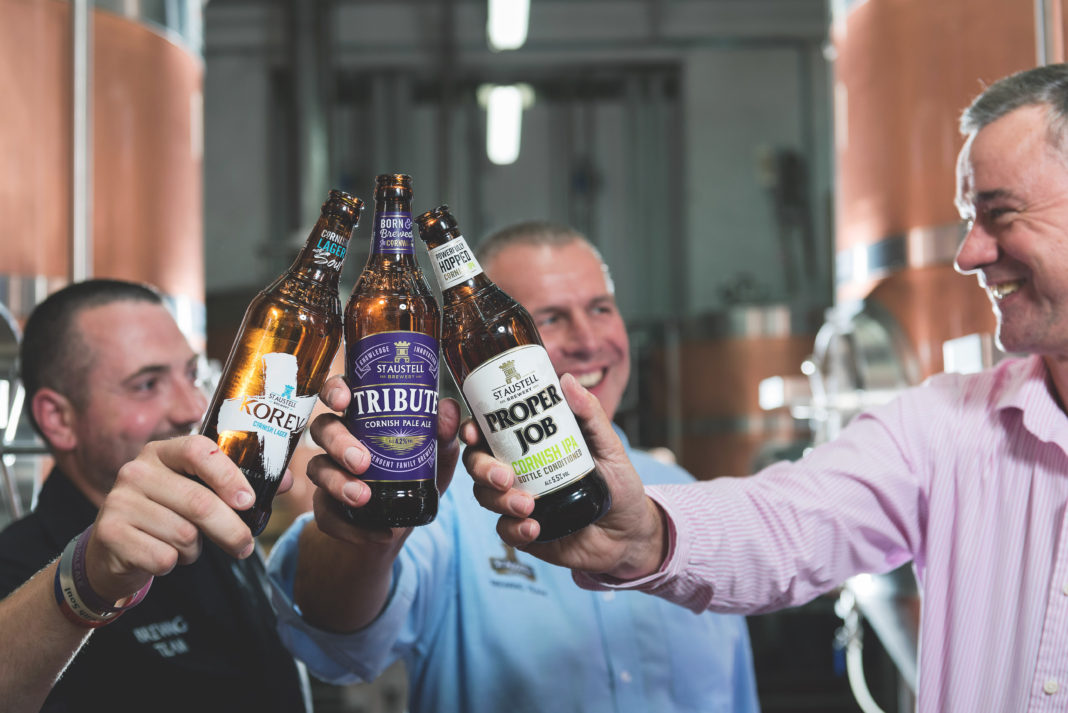 A new look for St Austell Brewery’s bottled beers has been unveiled.

Revamped bottles of Tribute, Korev and Proper Job will start appearing first, and the other permanent beers in St Austell Brewery’s range will be launched in the coming weeks.

As well as changes to the labels which celebrate St Austell Brewery’s innovation and heritage, the beers are also in new shape 500ml bottles designed specifically for the company. The bottle is taller, and ‘St Austell’ – the brewery’s home – is embossed around the neck.

“We’re absolutely delighted with the new look and hope beer drinkers will enjoy discovering the bottles in their new guise as they start appearing in supermarkets and pubs.”