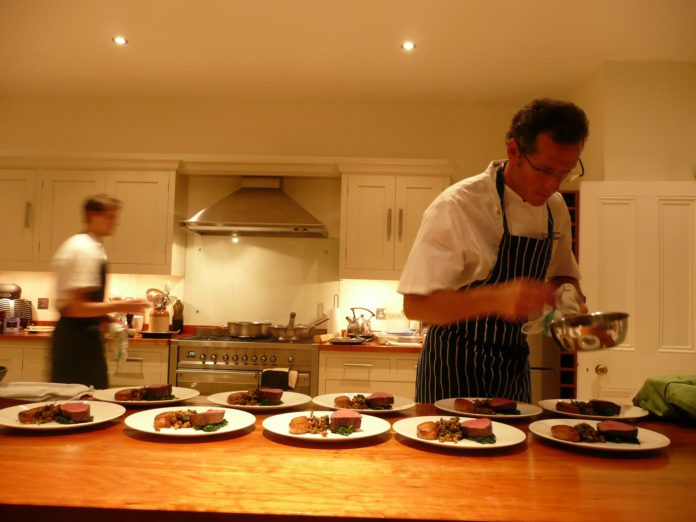 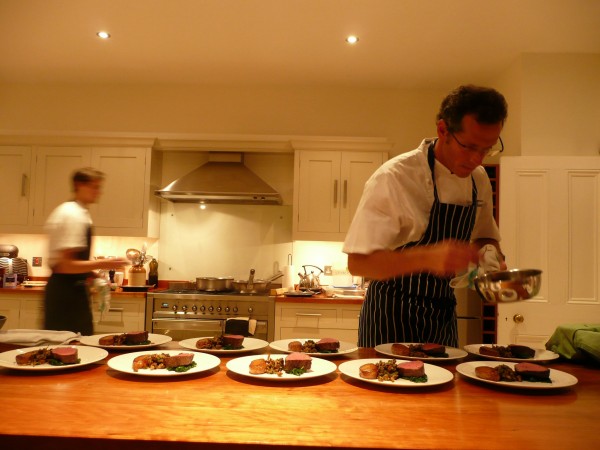 ‘This kitchen worked, and furthermore it was rock solid and beautiful.’ This was praise indeed from someone who’s been awarded two Michelin stars!

Top London chef Philip Howard prepared a meal in an ordinary home setting, as the prize in a recent charity auction won by a London-based couple. He co-owns the multi-award-winning Mayfair restaurant The Square, and he was speaking about the kitchen designed and made by the team at George Robinson Kitchens in Penzance.

‘It’s not often that I find a domestic kitchen anything other than frustrating to work in, and it almost appears that a kitchen’s functionality can be inversely proportional to its cost. Not so here. This was a beautifully crafted kitchen with a fantastically logical layout.’

Philip Howard described what he looks for in a kitchen. ‘It matters enormously where the wooden spoon is kept in relation to the cooker and where the colander is kept in relation to the sink. Are there enough cupboards to store ingredients effectively so you don’t have to take half the contents out to find the one you’re looking for? Is there enough workspace to cook efficiently and is it in a logical position?’

George Robinson is aware of all these criteria, and he was understandably delighted to hear Philip Howard’s glowing recommendation of his work. He knows the time and effort needed to plan a highly successful kitchen. ‘Personally, I love to cook,’ he says, ‘and on that basis I identify with the customer’s own requirements to create a beautiful and, just as importantly, a functional space.’

The enthusiastic endorsement of a top London chef shows just how successfully George can combine functionality and beauty in his kitchens. 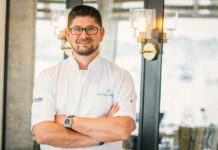 Food and drink exports up 8.7%