Beach champions across Cornwall are celebrating today as 15 Cornish beaches prepare to hoist a Blue Flag or Seaside award into the sky above their beach.

For the fifth year running, Rock-based Sharp’s Brewery has helped Cornish beaches become recognised as among the best in the world, ensuring that Blue Flags and Seaside awards can be seen flying high over the coastline.

Sharp’s provides the funding for Cornwall Council to make the applications for the awards and the team continues to work with the volunteer communities who work to make this achievement possible. Carbis Bay, which has been awarded both a Seaside and Blue Flag award, is the only Cornish beach that has self-funded its own application through Carbis Bay Hotel.

The newest addition to the award-winning Cornish beach team is Crackington Haven, set between Bude and Boscastle. The beach, with its stony foreshore and golden sand, will now be proudly flying its Seaside award for the next year.

Keep Britain Tidy, the organisation responsible for the awards in the UK, announced today (May 15) that 15 beaches in Cornwall have been awarded either one, or both of the status marks. These include 15 Seaside awards and seven Blue Flags. Some beaches have received both Blue Flag and Seaside awards to achieve this number.

Cornwall Council’s cabinet member for environment and public protection, Sue James, welcomed the Cornish Blue Flag and Seaside awards. She said: “We are thrilled to once again have so many Cornish beaches represented amongst the world’s best. The 22 Blue Flag and Seaside awards are an important symbol of what we who live here already know – that Cornish beaches are in fact world-class.” 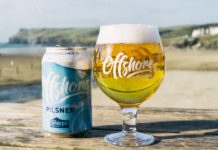