A leading authority on the taxing of holiday homes is warning that rises of up to 50 per cent in business rates will hit the local economy and put jobs in coastal and rural areas at risk.

Experts have already warned that the re-assessment of rateable values, which takes effect from April, will hit rural businesses particularly hard.

In England, self-catering accommodation is subject to business rates rather than council tax provided it is available to let for 140 days or more per year. The rateable value is assessed on bed spaces taking into account the property type, size and location.

Endacott said his firm was already seeing big increases in the amounts being demanded with typical rises of 50%.

He added: “A relatively small holiday letting business, perhaps sleeping 13 people, could see their business rates rise from £20k to £35k. That’s a huge jump and, inevitably, will have a knock-on effect in a sector which is a big employer with owners typically using a pool of part-time staff.

“At the very least it could seriously affect the region’s tourism industry and, at its worst, could both damage the local economy and put jobs at risk.”

Endacott said a meeting with the owners of holiday letting complexes last November had highlighted growing concern over the likely rise in business rates.

“It is important that all holiday letting business owners carefully scrutinise rates demands received and go through the ‘Check, Challenge, Appeal’ process where the increase is unreasonable.

“PKF Francis Clark will be working with other lobbying organisations and professional bodies to highlight this issue and to get improvements to the rates revaluation and assessment process,” he added.

Business rates – the equivalent of council tax – are usually recalculated every five years but a delay means that they will be adjusted to reflect seven years of changes in property prices.

The Department of Communities and Local Government claims that no small business will see an increase of more than five per cent this year and that £3.6 billion is being spent on relief.

However, rural businesses, in some cases facing sevenfold increases, fear help could be reduced in the future. 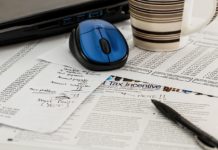