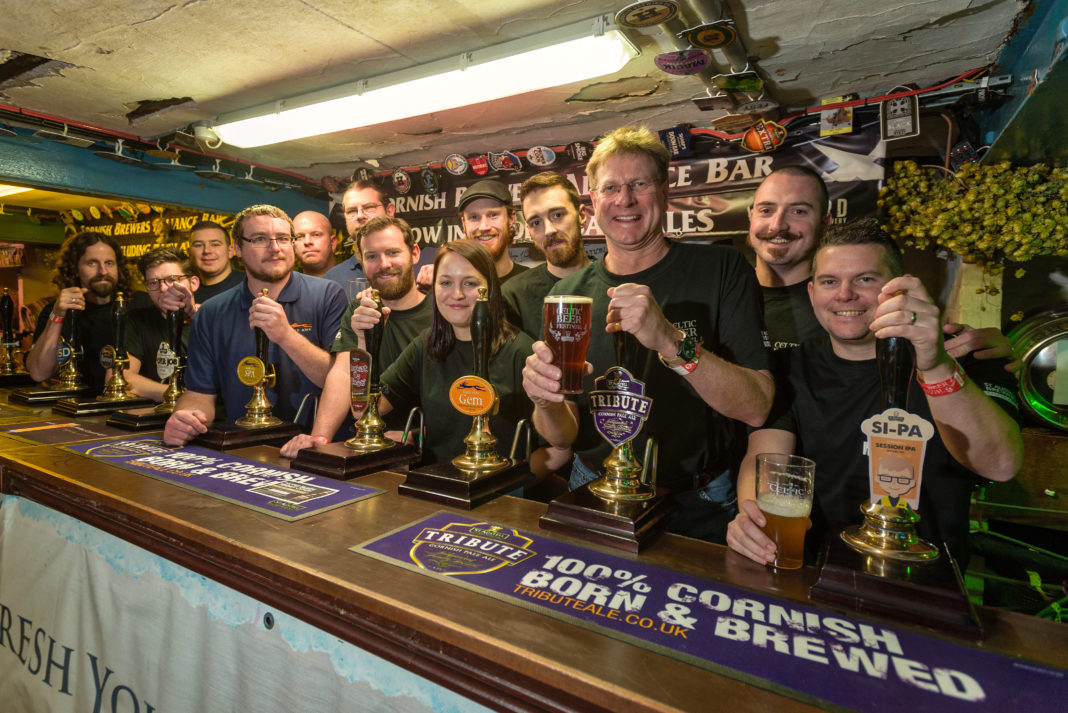 A record amount of money was raised at the St Austell Brewery Celtic Beer Festival, it has been revealed.

£40k was raised at last November’s event with more beer lovers from across the south west and beyond attending the event than ever before.

The annual festival raises money for St Austell Brewery’s Charitable Trust which supports good causes across the region and, thanks to nearly 3,500 people attending in 2016, the Trust is also able to celebrate another landmark of generating over £600k for local charities since it was started in 2003.

Despite the many different fundraising activities that take place across the year, including golf days, Sportsmans’ Dinners and pub quizzes across the Brewery’s 178-strong estate of award-winning pubs and hotels, the Celtic Beer festival continues to be the biggest event in the Charitable Trust’s calendar.

Ian Blunt, chairman of the St Austell Brewery Charitable Trust, said: “This is another terrific achievement for the trust made possible by the generosity of so many people, from those who come along to enjoy the event as well as those who help to sponsor it.

“The trust is designed to help people from all walks of life as well as large organisations and this year has been another typical example of that, with donations ranging from iPads and wheelchairs for youngsters with learning difficulties and disabilities, to £15k for essential ventilator equipment for the Cornwall Air Ambulance.”