Brett Camborne-Paynter brings more than 15 years’ experience to a role which will see him taking charge of the kitchen set-up, menus and the day-to-day running of hotel’s Arboretum Restaurant, Acorns Brasserie and The Parkland Terrace.

Qualifying as a chef in his teens, Camborne-Paynter worked with Jean-Christophe Novelli at The Four Seasons in London, later moving to The Waldorf, The Ivy, Le Caprice and J Sheekey.

Five years ago he set up his own restaurant in Cornwall, becoming chef and proprietor of Austell’s Restaurant, which gained two AA rosettes and a Michelin Guide listing within just six months of opening.

He said “I am really looking forward to working with the team at The Cornwall Hotel Spa & Estate. The Arboretum, Acorns Brasserie and The Parkland Terrace have a reputation for sumptuous fare and a commitment to using locally-sourced products – I am looking forward to developing this further to provide one of the best dining experience that Cornwall has to offer.” 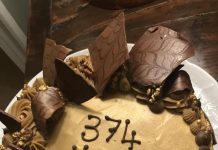