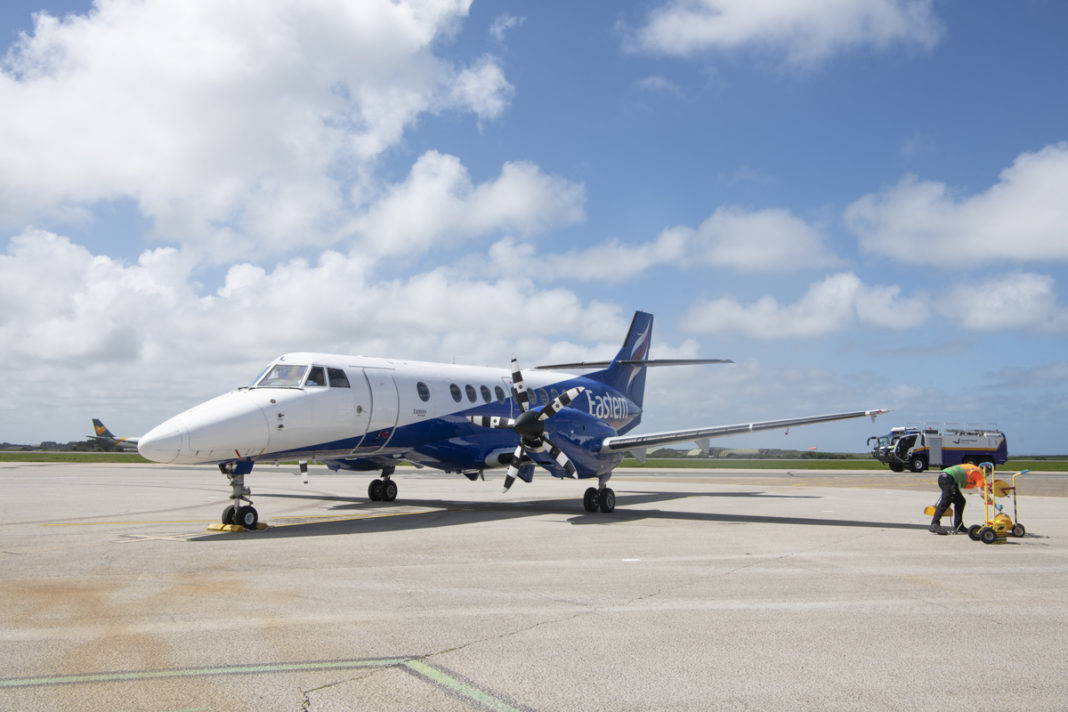 Cornwall Airport Newquay has today announced that the vital air link to Manchester will be reinstated from October, with a second airline also operating the route from March.

Eastern Airways will begin operating the service from October 23, flying four times per week throughout the winter increasing to a daily service next summer.

Scottish Airline Loganair, which had recently announced plans to provide four other vital links from the airport, including Edinburgh, Glasgow, Newcastle and Aberdeen, will be commencing daily services from next March.

Airport MD, Pete Downes, said: “We’re extremely pleased be able to announce that we have secured two regional airlines to operate services between Newquay and Manchester. The UK aviation industry continues to face significant challenges as a result of the Covid-19 pandemic, and in that context, this news is a fantastic vote of confidence in our airport and in Cornwall.

“The route serves as a vital year-round link for business travel as well as the leisure and tourism sector. As such, it’s a route that customers have consistently been asking us to bring back since the airport reopened in July, and I’m delighted that we’ve been able to work with our airline partners to deliver this key priority.”