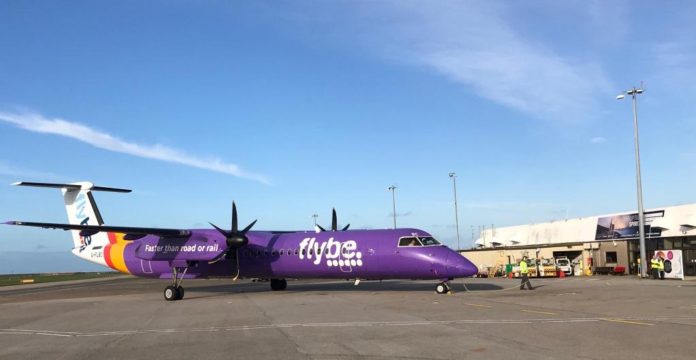 Flybe has announced a new route to Amsterdam, but confirmed the London link is to revert to London Gatwick.

The final Flybe flight to Heathrow will operate on March 28, with a four-times a day service to Gatwick recommencing on March 29.

While news of the end of the Heathrow link will disappoint many – it only began last April – Flybe has also announced up to five extra flights to Manchester a week, the Edinburgh route will operate year-round, and a brand new route for Cornwall Airport Newquay – Amsterdam.

The Amsterdam link will also start on March 29 and will operate year-round.

To further improve reliability across the new routes, Flybe will be basing a second aircraft at Cornwall Airport Newquay from the start of the summer season.

Cornwall Council cabinet portfolio holder for transport, Geoff Brown, said: “Following an approach from Flybe and discussions over the added benefits of the new deal to Cornwall, it has been mutually agreed to revert Newquay’s London connection from Heathrow to Gatwick.

“There will be a new link to Amsterdam which will open up an important two-way route to that part of Europe for business and leisure travellers. We’ll also see an increase in connectivity with other UK cities with the service between Newquay and Edinburgh becoming year-round.

“There will also be an increase in the number of flights between Newquay and Manchester with a new early morning and late return flight providing an effective transatlantic link as well as enabling daily business trips to the area.”

“It’s vital for our residents that direct flights between Newquay and a major London airport continue to operate. Some will miss the current direct route into London Heathrow but I know that the reinstatement of the direct route into London Gatwick will be popular with many travellers who have missed the connectivity it offers to some other international destinations.

“We are confident that as well as making sure that we have a direct route into a major London airport, the additional benefits we have negotiated will mean that Cornwall Airport Newquay will continue to flourish.”

Flybe’s interim chief commercial officer, Oli Byers, said: “I’m pleased that these very positive changes mark the beginning of a stronger, more resilient service for our customers travelling to and from Cornwall. It further strengthens our commitment to providing regional connectivity to destinations across the UK, Europe and beyond. As we complete our re-brand to Virgin Connect later this year, we look forward to delivering a really robust operation together with a great customer experience.”