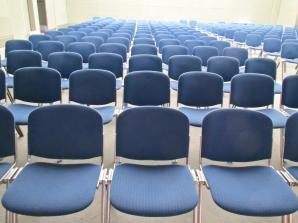 The House of Commons Transport Select Committee has been hearing evidence on the importance of regional aviation to the development of economies like Cornwall.

John Spooner, chairman of the Regional & Business Airports Group (RABA), gave evidence to the committee explaining the vital importance of regional airports and the role they play in local economies. Newquay Cornwall Airport MD, Al Titterington, represents the airport on the group and supported the evidence given.

He said: “It is critical that the Select Committee hears the views of smaller regional airports like Newquay and understands the challenges which we face.

“It has called for the evidence and we have produced our compelling arguments. The level of political interest in regional aviation has really grown over the last 12 months, the closure at Dawlish last year highlighted how important air connectivity is for regions particularly Cornwall.

“I am hopeful that the views expressed and the Select Committee’s wider understanding of the impact of regional aviation will be built into its recommendations to Government which I hope will lead to a future regional aviation policy but also fed into the Government’s consideration of the Davies Commission Report.”

The Committee was told by RABA that it was essential that the next runway to be developed in the London area served the UK’s regions – and that runway slots must be safeguarded at the right times and at an affordable price for use by flight serving the UKs regions.

The Committee also discussed how the costs of air passenger duty and complying with UK regulatory requirements were particularly damaging to UK regional aviation.