The White River Place in St Austell has reported increased footfall figures, against a backdrop of both regional and national decline.

The shopping centre said that year-on-year footfall for November rose 6.3%, and 1.6% for December.

This bucks both the regional and national trend which saw footfall reduced at the majority of shopping centres.

Numbers for the south west and Wales region saw average drops of 2.9% in November and 7.2% in December. Nationally, footfall in shopping centres fell by 1.6% (November) and 5% (December) compared to 2014.

Overall, despite a poor end to the year weatherwise, visitor numbers at White River Place rose 4% in 2015.

Commenting on the figures, White River Place manager, Richard Hurst, said: “This is fantastic news for St Austell. We’re proud to be working closely with the St Austell BID to help boost trade for the shops and businesses in the town, and to bring more people into town to buy locally, so it’s very rewarding to see that our efforts are already having a positive effect.

“It’s very rewarding to see from the footfall figures for Q4 that we were busier during November and December than during the same months in 2014, and that footfall was up in the centre overall – especially when compared to the national average which saw a drop as increasing numbers of people chose to shop online.” 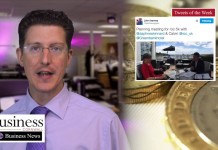