Chartered surveyors at Miller Commercial have taken issue with figures published by Colliers International which claim retail rents in St Austell have suffered a 40% loss in the last year.

Colliers ‘Autumn – Great Britain Retail Analysis’ included 420 sample towns, and singled out St Austell as being the ‘worst performer’ in the country with prime retail rents dropping from around £50 per sqft to around £30 per sqft in the space of 12 months.

But Colliers’ statistics do not tally with Miller Commercial’s records which show a much less precipitous drop. Its figures show of a peak in rents in 2006/7 at approximately £45 per sq ft which has gradually declined by 30-35% over the past five years to around £30 per sq ft.

Senior valuer at Miller Commercial, Andrew Ranson, said: “The drop in rental values has not been as dramatic as Colliers suggest. Yes, prime rents have fallen a good deal since 2007 but it is incorrect to say that they have plummeted by 40% during the past year.

“After an initial fall from their peak, rents on Fore Street have been relatively stable over the past two years at between £28-34 per sq ft.”

Mike Cole, of Colvase Estate, owns around 15% of the retail premises in St Austell and he slammed the Colliers report as “a load of tosh”.

Chair of St Austell Chamber of Commerce, Tom French, was also taken aback by Colliers findings and said: “Colliers statisticians have misinterpreted the figures. Low rents are good news. They are being proactively put in place by landlords to attract new businesses to their shops and give them a chance to establish themselves.” 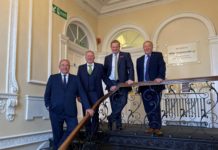 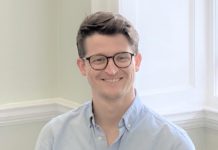