The company has beaten pre-opening sales estimates with weekly figures up to 40% higher than predicted.

The concession, which was opened in July, has been backed by a jointly branded Rowe’s and Asda marketing and publicity campaign. The counter is entirely Rowe’s branded and is manned by Rowe’s staff.

“The impact that the concession in Asda has had on our business has been wholly positive,” explained Paul Pearce, director of marketing for Rowe’s.

“We have dedicated substantial resources to developing the counter, recruiting extra staff and launching the concession, and although we were confident of a good start, the first quarter figures have exceeded all expectations.

“The summer was a truly bumper season for us with sales as much as 40% over target but since we’ve entered autumn, which can traditionally be a bit of a lull period, weekly sales are still 20% ahead of target on average. Anyone launching a new, untested venture in a recession is bound to be slightly cautious but we’ve worked hard in partnership with Asda to make it an attractive addition to Asda’s customer experience and look forward to the Christmas trading period.”

Although Rowe’s currently supplies all the major multiples with both branded and own brand sweet and savoury baked goods, and has 17 of its own retail outlets throughout Cornwall and Devon, it has never before had its own retail offering in St Austell.

Following the introduction of the concession, sales of Rowe’s Cornish Indulgence range of packaged sweet bakery goods such as hevva buns, which were already stocked on Asda shelves across the south west, have increased by over 30% in the St Austell store. 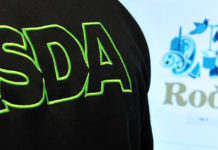 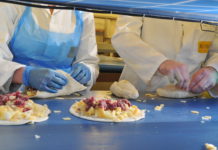 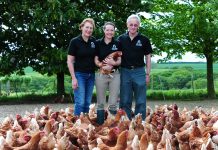