Cornwall’s Liberal Democrat MPs have called today’s Ofwat report into water charging a ‘small step in the right direction’ after years of above inflation increases in the South West.

The water regulator has published its final report on the level that South West Water will be able to set its charges for all its customers from 2010 to 2015. The average water bill for customers will fall by £6 over the next five years.

South West water bills will still remain the highest in the country. The average bill this year will hit £489 – considerably higher than the national average charge of £340 – with a 1% decrease, excluding inflation, by 2015.

The MPs have warned that Ofwat’s report does not change the inherent unfairness in water charging in the South West, with 3% of the country’s population paying to maintain a third of the UK coast line due to the botched privatisation of the industry by the Conservatives in the 1980s.

The Walker Review into water charging is currently looking at this issue and is due to report back before Christmas. Hopes are high that South West Water customers will finally be given a fair deal.

Commenting, Falmouth and Camborne MP Julia Goldsworthy said: “After years of above inflation increases in water bills, news of a small reduction is a welcome, but very small step in the right direction.

“Today’s announcement does not address the unfairness created when the water industry was first privatised in the 80s. Our beaches are a national treasure, and the cost of maintaining them should be spread accordingly. This is the fundamental issue that Anna Walker’s report on water affordability must address if she is to be serious about tackling the water poverty that so many South West Water customers face.”

Dan Rogerson, MP for North Cornwall, added: “This cut is welcome but makes little difference when South West water bills are 50% higher than the national average.

“It is now up to Anna Walker and her team to act on the years of unfairness in water charging for people in Cornwall and the South West.” 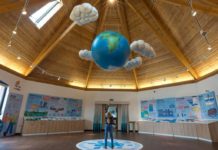 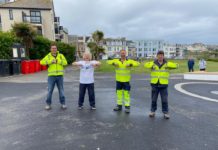 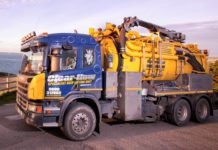