Home News by type Environmental Wave Hub to be sold 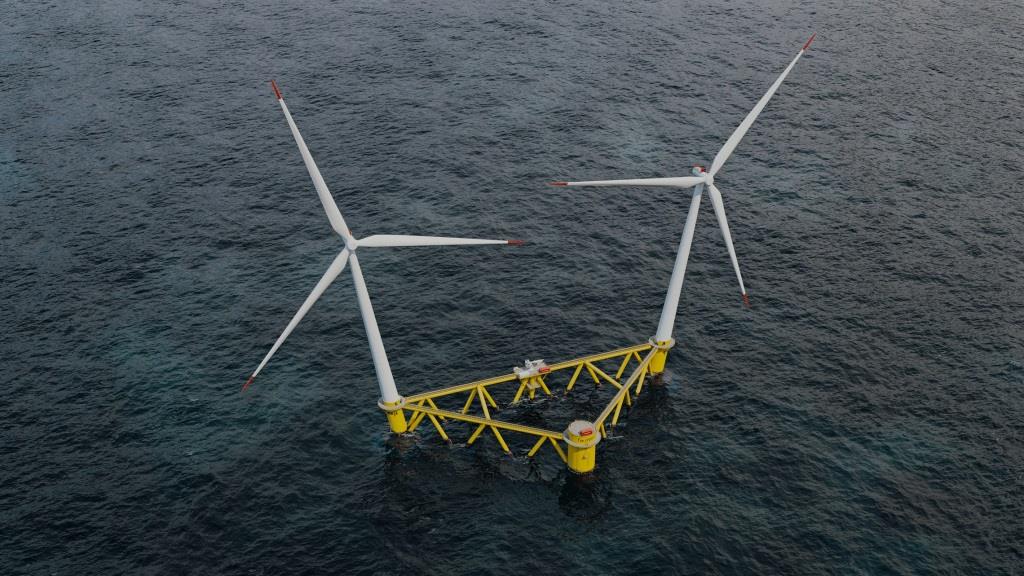 The deal, which is expected to complete at the end of the month, will see Hexicon through its UK subsidiary, TwinHub Limited, acquire the assets of Wave Hub Limited from Cornwall Council for an undisclosed sum.

The Wave Hub site lies 16 km north of St Ives and Carbis Bay, where world leaders will gather for the G7 summit in just a few weeks’ time (June 11-13).

The team will establish how the technology could be brought to market and explore the roles that local suppliers could play during investigative works, in fabrication and assembly, mooring, and installations, as well as serving the long-term needs of the floating offshore wind industry. Power could be delivered by 2025. Hexicon is working with Bechtel, a global leader in engineering, construction, and project management.

The project will be seen as a coup for Cornwall, which has a significant offshore renewable energy supply chain and has worked hard to position the maritime region as a base for floating offshore wind projects in the Celtic Sea, where The Crown Estate recently announced its intention to deliver a new floating wind leasing opportunity for projects of circa 300MW.

The deal does not include Wave Hub Development Services. Cornwall Council will retain this as a wholly-owned business to provide support to the TwinHub project and other Celtic Sea deployments.

Steve Jermy, chair of Wave Hub Development Services and a director of the Cornwall and Isles of Scilly Local Enterprise Partnership (LEP), said: “This is a milestone agreement with Hexicon to bring their innovative floating wind technology to Cornwall. It will be the first such project in the Celtic Sea and kick-start our regional ambition to see our 3GW installed by 2030, which could create thousands of jobs and generate hundreds of millions of pounds for local economies.”

Hexicon chief executive Marcus Thor said: “Hexicon has been active in UK floating wind market since 2014 and sees the acquisition of Wave Hub and the deployment of our twin turbine technology in the Celtic Sea as an essential stepping-stone to fulfilling our long term ambition of developing utility scale floating wind projects capable of delivery long term consistent and secure renewable energy at the lowest possible levelised cost of energy.”

Cornwall Council’s strategic director of economic growth and development, Phil Mason, said: “The signing of this sale of Wave Hub is an important milestone, demonstrating that Cornwall has a part to play in the future of the offshore wind industry and also Cornwall’s ability to attract inward investment and deliver environmental and economic benefits for our residents.

“The Government is strongly backing the development of offshore wind and has set ambitious targets for deployment, energy generation and increasing the UK content of offshore wind projects. This is a recognition of the crucial role that offshore wind will play in the future energy landscape as we move towards a carbon neutral future and what is a huge industrial opportunity for the UK economy. We look forward to working with Hexicon and Bechtel following completion of the sale.”

The deal has been welcomed by the Cornwall and Isles of Scilly LEP which has championed the Celtic Sea for floating offshore wind and identified clean energy as a significant economic opportunity for the region. Cornwall has abundant wind and solar resources. And its granite geology enjoys the best geothermal properties in the UK, with globally significant deposits of lithium and other technology metals which are attracting international attention.

LEP chair, Mark Duddridge, said: “This international project is a huge stepping-stone to delivering gigawatts of power from the Celtic Sea and achieving Cornwall’s ambition to be net zero carbon by 2030. With the world’s G7 leaders meeting in Cornwall in just a few weeks’ time this is an opportunity to show the world how Cornwall can contribute to the Green Industrial Revolution.”

The UK is already a world-leader in offshore wind generation and the project will bolster the Government’s target for 40GW of offshore wind energy by 2030, including at least 1GW of floating wind power. Offshore wind is a the first point in the UK’s ‘10 Point Plan for a Green Industrial Revolution’ as part of its post-Covid recovery roadmap, published last November.

Wave Hub Ltd’s assets include a 30 MW grid-connection and agreement with Western Power Distribution (expandable to 40 MW); a four-way seabed hub 16 km offshore and four inter array cables; an onshore sub-station and related land; and a consent over eight square kilometres of sea with water depths of between 51m and 57m, with one of the best offshore wind resources in Europe. Use of the site by Twin Hub for floating offshore wind technologies is ultimately subject to the agreement of The Crown Estate, with whom lease discussions are ongoing.