The company which owns Hayle harbour has pledged to press on with its redevelopment plans despite news that it is to shed thousands of jobs.

Dutch banking and insurance firm ING is seeking planning permission to build more than 1,000 houses and new business premises on the site as part of the plan. Penwith Council is due to make a decision on the proposals in March.

But ING, which acquired the harbour back in 2004, has revealed that it is shedding 7,000 posts from its 130,000 strong workforce as part of a cost-cutting exercise. A spokesman, however, said that this announcement will not affect its plans for Hayle harbour. 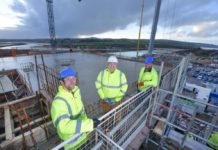 Topping out at North Quay 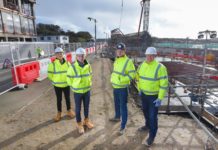 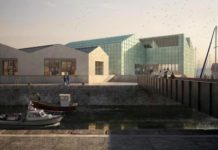