Cornish event management company has expanded further west by launching on the Isles of Scilly.

In partnership with marketing and events consultant Euan Rodger, Event Cornwall has opened a sister company, Event Scilly, which will be working closely with the Council of the Isles of Scilly and other key partners to deliver events on the islands.

Rodger, a career hotelier, is based on St Mary’s and runs his own hospitality, tourism and marketing consultancy.

He has lived on the islands for nine years, having previously worked for Tresco Estate and Hell Bay hotel on Bryher, managing hotel, restaurant, marketing and PR operations.

He said: “I’ve long been of the opinion that there’s a need on the islands for creative and commercially driven events that add value to the tourist experience as well as contributing to the business economy.

“With the Event Cornwall partnership in place I look forward to working with Claire and the team in making this a reality.”

Claire Eason-Bassett, Event Cornwall director, said: “Event Scilly is a natural progression for us – we were already expanding eastwards throughout the south west so it’s fantastic to be setting up on Scilly.” 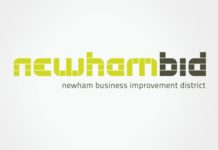 Yes to a Newham BID