Cornish users of an internet based network are to take part in an international charity event taking place across 100 locations worldwide on the evening of Thursday February 12.

The Cornwall Twestival aims to bring together users of the social networking site, Twitter, which provides its members with opportunities to meet, discuss and share ideas through the posting of short messages over the internet.

Organisers hope the event will bring together Cornish users of the site; predominantly students, business people and journalists, in a night of networking, celebration and fundraising for water charity, ‘Charity:Water’ to be hosted in a converted Engine House on the cliff tops overlooking St.Agnes.

The first Twestival, held last year, was confined to locations in or around London; however, after much interest from other locations the organisers have rolled it out to become a worldwide event, with local volunteers arranging events in cities across the globe.

The Cornwall Twestival is being organised by local web developers, UKNetWeb, who have played host to a number of innovative events over the past 12 months, including a series of topical virtual conferences aimed at small businesses.

Commenting on the event, UKNetWeb Account Manager, Aren Grimshaw said: “We hope that by hosting this event in Cornwall we can show that Cornwall is not behind the times when it comes to creativity and innovation. It is often thought that we are a country backwater, running behind the times; however, this is clearly not the case.”

“By hosting our event within a converted Engine House we are bringing together Cornwall’s past and future, showing the world that we have been at the forefront of innovation both now and in the past.” He continued.

It is expected that around 50 people will attend the event raising valuable funds for the charity, Charity:Water,  which helps provide those in developing nations with access to clean, safe drinking water.

The exact details are yet to be announced; however, plans are underway to provide link ups with other locations, entertainment from local artists and musicians, as well as fundraising activities such as raffles or auctions.

Local companies and regional organisations are being sought for sponsorship and donations, with opportunities for local, national and global exposure through the event. Anyone interested in sponsoring or attending the event should visit the Cornwall Twestival website or call UKNetWeb’s offices on 01872 555933. 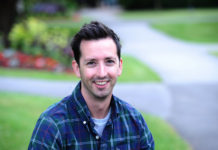 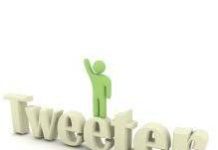