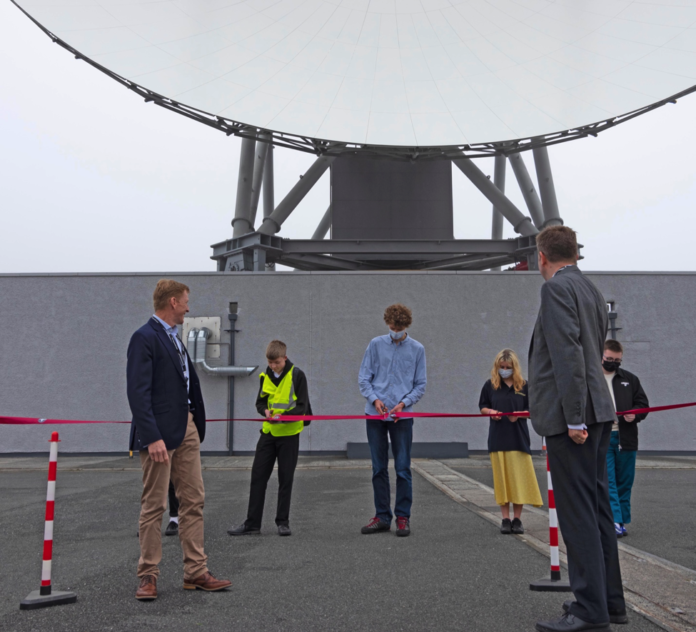 It was originally announced in February 2018, a project that would see an upgrade of Goonhilly’s largest antenna to enable deep-space tracking and satellite communication services on a commercial basis. This £8.4 million investment was supported by the Cornwall and Isles of Scilly Local Enterprise Partnership (LEP) and the UK Space Agency and European Space Agency (ESA).

The antenna has undergone months of testing with ESA’s Mars Express, which saw the first transmissions to Mars from UK soil – and the first anywhere in the world by a privately owned company.

A group of local Cornish science students officially opened the antenna with the assistance of the British astronaut Tim Peake. Now ready to support deep space missions for ESA, NASA, and commercial endeavours, the opening of the GHY-6 ushers in the next era of space exploration from the heart of Cornwall.

Matt Cosby, chief technology officer of Goonhilly Earth Station, said: “Goonhilly has built an incredible team to complete the upgrade over the last three years. Working closely with the European Space Agency the project involved a refurbishment of the Antenna replacing the motors, gearboxes and thousands of bolts on the structure.

“The complete workings of the communications system has been completely replaced to allow us to seamlessly connect to ESA’s control centre, where they are able to send commands to Mars and receive their data from the spacecraft.”