These are exciting times for one of the south west’s leading providers of telecom and IT services.

Since Bush Telegraph was established in 1990, it has developed an enviable reputation that has been built on putting its loyal customer base first.

And this ethos is set to be spread even further, as the company embarks on an ambitious growth strategy to double in size in the next 18 months.

With a new CEO at the helm and an office move into the centre of Truro already under the belt, a new website, re-branded collateral and targeted marketing campaign are soon set to follow as the company looks to launch a strategically planned awareness campaign about its brand, core values, and services.

The company was given this fresh impetus last summer when it was acquired by Chris Royden from former owners Stephen and Sally Horne, who had decided to take early retirement. Royden’s credentials are certainly impressive, having held a number of senior positions in the technology industry over the past 25 years, for such companies as Cascade Communications, Tellabs Corporation and Corvis Corporation.

When the opportunity to acquire Bush presented itself to Royden, there was little hesitation. “There are a number of telecoms organisations out there,” he says, “but I don’t believe they deliver the personal touch that the south west deserves.

“I had looked around for a business to invest in, and this seemed to fit in with everything I wanted to do. That coupled with the knowledge that Cornwall is getting superfast broadband, made it just too good an opportunity to miss.”

And Royden has wasted little time in giving Bush Telegraph the building blocks to expand its business, relocating from its old base a few miles outside Truro to new offices on Newham Road near the city centre.

“It was important to relocate to a new business area,” explains Royden, “and to give everyone who has been associated with the organisation a fresh start. We’re delighted with the offices we’ve got, and being based in the centre of Truro we’re in the right place to move forward.”

While Bush Telegraph has retained all the staff since the change of ownership, it’s also hitting the recruitment trail to help service its growth. It also has a number of new products it will be offering customers.

One thing that is not changing anytime soon, however, is its focus on being the best in the south west. Royden explains: “When I bought the company I recognised the requirement for a specialist communications organisation that focused on the south west and the south west alone.” 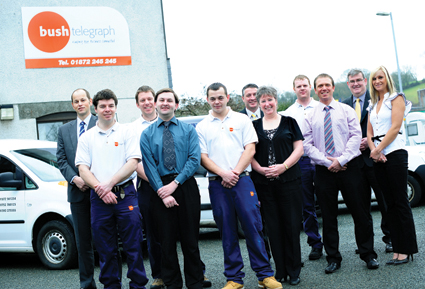 Customer service and satisfaction is something that Bush Telegraph takes incredibly seriously, with a track record based on providing first class advice and support, culminating in a high volume of referrals from satisfied customers, many of whom have been with Bush Telegraph for over a decade.

And with technology moving at a pace faster than many consumers can be reasonably expected to understand, the company is careful to provide the sort of products and services that the customer really needs rather than just thinks they should have.

“We appreciate that not all clients are technically minded and so we will explain everything in plain and understandable terms,” says Royden. “We firmly believe in tailoring solutions which are specifically designed to fit requirement. We work very closely with our customers and ask them what they are looking to achieve with their communication needs. The one thing we don’t do is just talk technology and products. We really strive to understand what the customer requirements are before we propose a solution.”

While the Bush Telegraph Company’s core customer is the small to medium sized enterprise (SME), it can cater for businesses of any size. The company has extensive experience and can identify areas for enhancement offering many benefits to improve a client’s communications both internally and externally to make them more efficient and effective.

This could be to ensure key personnel are always contactable and have access to vital applications, data and records, even when on the move. It could even mean free calls to remote offices or home workers via IP technology, and even allow employees to see when colleagues are engaged in meetings or other activities via ‘presence’ software.

Bush is also able to offer customer’s significant savings on business call charges & line rentals, including free 0800 numbers and call rates starting at less than a penny a minute for both local

and national calls, with savings of up to 40% compared to other providers. In addition, it has recently signed an agreement with the Precious Lives appeal, whereby it will donate to the charity 5% of the profit from all the customer monthly call charges.

Royden explains: “It’s nice for our customers to think that when making telephone calls, not only are they saving money on them, but they are indirectly donating a percentage to such a worthy local cause.”

Bush Telegraph offers as wide a range of communication and IT solutions as you would come to expect from such an established and trusted company. Its product portfolio makes it something of a one stop shop, with such services as unified communications, converged networks, cabling, connectivity, data protection, IT security, facilities management and more. 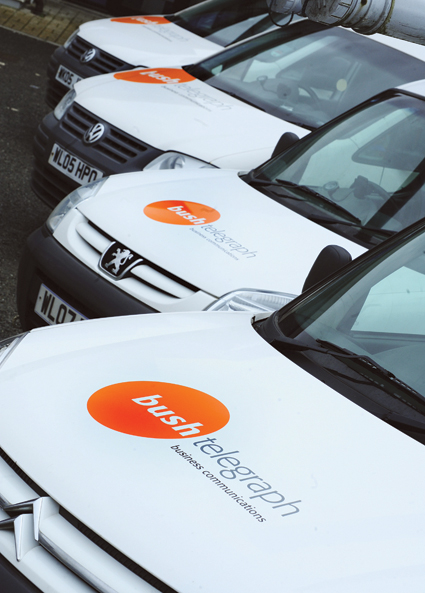 Bush will also be one of the first telecom providers in the south west to offer Cornwall superfast broadband capabilities, which will have a direct impact on the productivity of local business. Royden comments: “The company’s wealth of experience makes us ideally placed to offer the benefits that next generation broadband can bring, we have the right knowledge, engineering and services to provide this exciting and much needed upgrade to the business community.”

And enjoying Premier Partner status with such recognised brands as Samsung, Panasonic, Siemens, Dell, Microsoft and HP, Bush customers can be assured they are receiving some the very best quality products available in the marketplace.

But that’s not all; Bush is also investing in another exciting development to hit the industry, and one which is likely to have a huge influence on Cornish businesses.

‘Cloud solutions’ effectively negate the necessity to have hardware on your premises – all the services are provided down the internet in the ‘cloud’. All you need is a dumb terminal on your desk, while at the other end of the ‘cloud’ are very, very large, capable and secure data centres.

And all this can provide significant savings in having to update your computer hardware, while effectively also ‘future proofing’ yourself at the same time. Estimates are that savings of up to 80% can be made against traditional IT expenditure.

“Everyone is talking about cloud-based technologies,” says Royden. “They will bring a whole new dimension to our services and allow all businesses the opportunity to have feature-rich applications and use them on a pay-as-you-go basis, making them very affordable and flexible.

“It also means that smaller companies can become even more competitive as they will have access to the latest solutions, once the preserve of the major corporates.

“You don’t have to worry about servers and other hardware, or even support contracts; it really makes all the sense in the world. Previously connectivity in Cornwall has been an issue for cloud technologies, but thanks to superfast Cornwall that’s going to change and businesses can now take advantage of these future-proof solutions.”

But clouds or no clouds, from voice IP to traditional land lines, Bush Telegraph is committed to providing the best pre and post-sales support available, helping to maintaining its excellent reputation within the marketplace.

“Delivering the right solutions at competitive investment levels is key to us,” says Royden. “We aim to ensure that all our customers obtain maximum ROI from all systems installed. With our products and services we look to improve our customer’s performance, by increasing their productivity, enhancing their security, reducing costs, lowering risks and even managing their facilities.

“Our whole company ethos,” says Royden, “is built around our core values; to give excellent customer service, provide the right solutions, offer cost effective benefits and to deliver on our promises without compromise.” 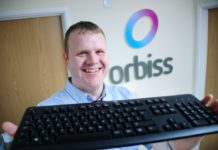 A ‘new approach’ to IT support 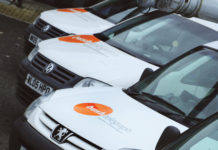 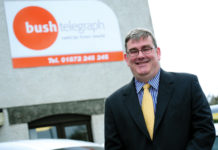